“V” Is For Virginia

Twitter
Facebook
Pinterest
Tumblr
Email
Advertisement
When I was a kid, I loved the sci-fi series, V.  So I was optimistically excited about the premiere of the new take on the story of aliens who descend on Earth and gain our trust before revealing... a darker agenda.


V was awesome.  It was like the original Lost, only cool stuff actually happened.  Right now, that precious new episode is sitting on my TiVo, because I am too bummed about tonight’s election results to deal with a potential blow to my childhood nostalgia if they blow it.  Why so blue?  Because here in real life, Democrat Creigh Deeds allowed Republican Bob McDonnell to trounce him for Governor of Virginia.

Some say Deeds lost it in the debate, when he turned to his opponent and screamed, “Reptile!  You are a reptile!”, over and over again as McDonnell unflinchingly stared out into the crowd until his democratic rival was wrestled away from the stage.

Actually, what hurt Creigh was the campaign strategy to distance himself from Obama, who has an over 50% approval rating in Virginia, particularly among the demos who stayed home on voting day, specifically, the under 30 crowd and black voters.  Well, now Creigh sure has a lot of distance from Obama.  It’s a smaller version of Al Gore distancing himself from Bill Clinton back in 2000, and we all saw how that one turned out for the human race.

What bothers me most about the blowout election result is that I know that Glenn Beck is going to wake up with a wet spot in his tighty whities this morning because of what went down in my beloved Commonwealth of Virginia.  And there’s probably going to be a stain right beside it with Maine’s name on it, too.  But at least Maine mobilized, even though it wasn’t enough to uphold the right for same sex couples to get married. I wonder what’s worse: fighting your ass off for what’s right and losing or just sleeping through it all?

We have wrapped marriage up in so many laws and privileges that it shouldn’t even be up for a vote- this is a moral issue.  Do we live in a country that believes all men and women are equal?  Or are we a giant PR machine with... a dark agenda?

Any way you cut it, I don’t have to turn on my TiVo to get a viewing of the Reptilian takeover of the human race. Which, the more I think about it, is why now might be a good time for an escape into the world of V and science fiction.  Only this time, unlike when I was child, I may be pulling for the aliens to finish us off.

If you agree with me on the issue of same sex marriage and Glenn Beck being a moron, than this is a real bummer of a blog entry.  And I’ve been too inconsistent with updates to leave it at that.  So check out this video I found on YouTube of Glenn Beck called The Weepening. 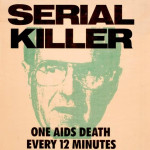 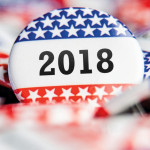 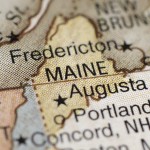 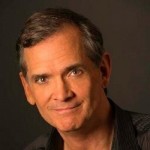