Twitter
Facebook
Pinterest
Tumblr
Email
Advertisement
In the last several days, President Obama has signed anti-hate crimes in law, the Ryan White CARE Act Reauthorization Bill and also lifted the travel ban on people with HIV.  Here’s video of him explaining who Ryan White was, and why lifting the ban is important.


The travel ban was a knee-jerk response by our government in 1987- and lifting it is a great achievement.  Back when it was put in place, there were a lot of irrational fears about transmission, and perhaps the still-lingering stereotype that all people with AIDS want nothing more than to pass their virus onto others.  But really, a travel ban is discrimination based on a medical condition that isn’t easily transmitted, unlike the flu.

Here are my favorites, and my respectful rebuttals:

Beliserius1 (20 yr-old) so... Instead of? quarantine the Pandemic, we embrace it. At the cost of those who, in majority, actually contribute to the taxes, Unlike immigrants who arrive to get treated.

Shawn:  Beliserius1, you are an idiot.  Just stay quarantined behind your computer in your parents’ basement, whom I suspect are the ones paying all of the taxes in your household.

krrrruptidsoless (age 49) ... This is great. As if our water isn’t bad enough. Are there other diseases that we have prejudiced against. I feel horrible that we have tried to keep disease out of this country. Doesn’t the constitution give disease rights. Or am I jumping the border. ? Ebola should be next on the list to invite.

Shawn:  You’re worried about how lifting the travel ban on people with HIV will affect your water?  You can’t throw that out there and not elaborate.  My hunch is that you’ve confused your sink with your toilet.  Also, are you the father of Beliserius?

The last comment got the most positive response of the ones posted.  The hate-filled, ignorance spewers got negative votes.  So, overall, the vast majority of people who see this and learn that there was a ban in the first place, seem to support what the President is doing.  And what the president is doing is moving forward from the mentality of 1987.

Obama also debunked my Tool Academy nominee, Rep. Virginia Foxx.  She’s the gem who, months ago, suggested in the House of Representatives that Matthew Sheppard wasn’t killed because he was gay and that hate crime legislation was a hoax.  For the first time, sexual orientation was included in anti-hate crimes law.

So big thanks to the president for making the world a lot less scary this Halloween for the gay community, and for people with HIV in this country and abroad. 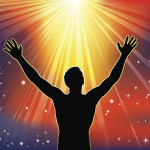