Visibility Matters: HIV Community Experts on the Presence of Trans and Cis Women at AIDS 2020

We asked participants and presenters at the virtual International AIDS Conference what was compelling to them about the gathering. Here are their responses.

This post originally appeared on and can be read in its entirety at The Well Project.

At the 23rd International AIDS Conference (AIDS 2020), we asked a variety of conference attendees and presenters the following question:

When it comes to cis and trans women, what did you find most important, compelling, and/or interesting at AIDS 2020?

Judith D. Auerbach, PhD, Sociologist and Professor, Department of Medicine, University of California San Francisco; Co-Chair of The Well Project’s Board of Directors 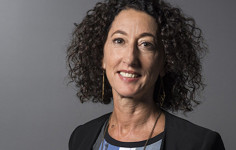 First was the presence of trans women across the main conference agenda – in plenary, oral abstract, symposia, satellite, and other sessions. In the past, attention to trans women (and trans people in general) was predominantly found in the Global Village, where community programs, performances, and advocacy are profiled. But at AIDS 2020, there were numerous scientific sessions focused on trans women; and what really was striking at this conference was the participation of trans women as presenters in these.

One great example was the satellite session on PrEP demonstration projects for trans individuals, hosted by the California HIV/AIDS Research Program (CHRP), which historically has supported academic-community research partnerships. The presenters included not just the non-trans Principal Investigators of the projects, but also trans members of the research teams – as researchers, not, as is usually the case, as “community” representatives. Without having to make a statement about it, the actions of these presenters made a strong case for building research capacity among trans women (and trans men).

The second thing that struck me was how cis women in the U.S. seem to remain an after-thought in important clinical trials of HIV prevention methods. In just the past year or so, we have heard the promising results of two large clinical trials of different PrEP modalities – one (first reported in February 2019) of a new drug (Descovy) and the other – just presented at AIDS 2020 – of the first long-acting injectable product (cabotegravir) – neither of which included cis women at all. In both cases, we are told that additional studies are in process with cis women, but meanwhile, the availability and use of these products by cis women is delayed until the evidence from these latter studies is known, while access is granted to others (cis men and trans women) as soon as the products are approved by the FDA. These issues were highlighted in a great symposium session, titled “It’s a Man’s World: Are Women Losing Out When it Comes to Biomedical HIV Prevention?” hosted by SisterLove.

The resilience of women to attend the conference as the world went digital has been our superpower this season. I was proud that despite it all, despite the digital divide and the intersectional inequalities, we showed up and showed out. We talked of what is important to us from funding communities, to U=U becoming an absolute reality for women in our diversities. We did history proud. 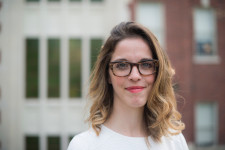 I’m trained as a social epidemiologist, which is about numbers in context. But more and more, I find myself drawn to real-life stories of women living with HIV bringing change in society. The most important, compelling, and interesting aspects of AIDS 2020 for me were the diverse voices that make up our community. Indigenous voices. Trans voices. Black voices. Youth voices. Their stories of resilience, of confronting HIV stigma, of advocating for equal rights and empowerment in the face of very serious threats – they are inspiring and also fiercely profound. How some women are able to move through darkness and find health and hope can teach us a lot about pathways to healing and recovery. This has as much do with structural equality as personal strength.

Having been actively involved in these conferences going back 10 years, it certainly was a surreal experience. I am so used to the hustle and bustle of the live, in-person gatherings so this virtual gathering was a somewhat strange experience. Firstly, I found it a bit difficult to follow the program so I wasn’t really quite sure what was going on and what exactly to follow.

That said, as a trans woman, I feel that there is still a lot more that needs to go into addressing the needs of trans people in their fight against the HIV virus. Using a human rights approach, the medical response must be holistic – taking into account trans-affirming health care standards. Ideally, these should directly involve the trans community themselves in the service delivery. Continue reading...