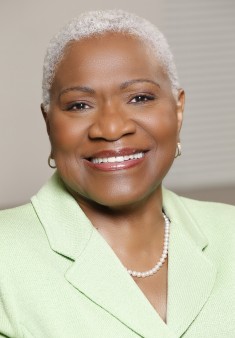 This is a guest post written by C. Virginia Fields, president and CEO of the National Black Leadership Commission on AIDS (NBLCA).

If it had been left up to the powers that be in the segregated South of the 1950s and 1960s, when I was growing up in segregated Birmingham, Alabama, I would not have received the opportunity to achieve a decent education or move beyond the marginal circumstances of my family. George Wallace was governor and Eugene “Bull” Connor was police commissioner in Birmingham. Both were mean men who were intent on keeping “coloreds” in our place.

To them that task meant the denial of human and civil rights, equality and fairness, at any and all costs. Not only were African Americans disrespected and treated with disdain, we were also denied the right to vote. Under the leadership of my pastor, Rev. Fred Shuttlesworth, I was one of the teenage “foot soldiers” who marched with Dr. Martin Luther King, Jr. I spent six days in jail taking my stand against racial injustices and for civil rights and equality.

Those early-life experiences taught me much, including the importance of voting. As African Americans gained the right to vote, those elected to or seeking office were compelled to focus on human rights and social justice.

Meanwhile, the fight for equality began to shift from voting rights and the desegregation of housing, schools and public accommodations to the myriad issues African Americans and other minorities still face today, such as socioeconomic inequality, mass incarceration, failing public schools, health disparities and environmental injustice. Yet, we face contemporary issues while hobbled by an old concern that never actually went away: voting rights.

African Americans were disenfranchised in the Jim Crow South to prevent us from holding government accountable for the inequitable conditions that were holding us back. Today, far too many are still denied access to the ballot box by state voter I.D. laws that disproportionately affect poor people and minorities, since they are less likely to be able to afford or access the required government-issued credentials. Similarly, state laws preventing felons from voting, even after they have paid their debt to society, place a heavier burden on minority communities already disproportionately affected by mass incarceration.

For decades a system was in place to monitor such measures and enforce the Voting Rights Act of 1965 (VRA); however, in 2013 the U.S. Supreme Court struck down a key provision of the VRA addressing federal oversight of elections in states with a history of racial discrimination of voting, on the basis that it used an outdated formula in its oversight. Today a bill meant to update the VRA is languishing in congressional committees and not scheduled for any actions: H.R. 2867: Voting Rights Advancement Act of 2015, and its Senate version, S. 1659.

This means it’s up to those African Americans and other minorities who can vote to exercise that right, in the remaining primaries, and in the general election races for president, as well as state and local offices. Many of the policies that affect us decided by politicians are down-ballot from the president, so it’s important to do your homework on what their policies are.

For instance, environmental injustices such as the Flint, Michigan water crisis happened at the state and local levels, but they also must be addressed at the federal level. Make sure you know where the candidates stand on EPA funding, addressing lead in water and housing, and preventing pollution from disproportionately affecting poor and minority communities.

Also, although recent reports show the gap between black and white life expectancies in the U.S. is the smallest in history, at 3.4 years, African Americans still die at shamefully higher rates of AIDS, cancer, heart disease and homicide. Pay attention to what the candidates for state offices are saying about Medicaid expansion under the Affordable Care Act, which disproportionately affects minorities; or whether each presidential contender is willing to make a commitment to end the AIDS epidemic in the United States by 2025, as many HIV advocacy organizations, such as the National Black Leadership Commission on AIDS, Inc., of which I am president and CEO, have asked. Examine each party’s platform coming out of the conventions this summer for whether key issues affecting minorities are being addressed or ignored. When you see policies rooted in bigotry and xenophobia, reject them.

Of course, do not let your representatives in Congress forget that the Voting Rights Acts must be set right.

We have seen the power of minority voters in action – when we actually show up to the polls. In 2012 African Americans actually turned out in greater percentages than whites in the first time in history, a turnout that helped President Obama win his re-election bid against Mitt Romney.

This time around the stakes are higher than ever. In election races at all levels, we must turn out in record numbers. To borrow a phrase from Dr. King, just as we “marched on the ballot boxes” back in Alabama during the Civil Rights Movement, we must march today to the ballot box and vote to better our futures, and those of our children. Just as he urged, in part, in Montgomery in 1965:

Let us march on ballot boxes until race-baiters disappear from the political arena….

Let us march on ballot boxes until we send to our city councils, state legislatures, and the United States Congress, men who will not fear to do justly, love mercy, and walk humbly with thy God.

Virginia Fields, MSW is the President and CEO of the National Black Leadership Commission on AIDS, Inc. and a member of New York State’s Ending the Epidemic Task Force. She was an elected official in New York City for over 18 years, and is a civil and human rights activist.