Love Ya, Walt Whitman, But Does “Leaves of Grass” Belong on an AIDS Memorial? 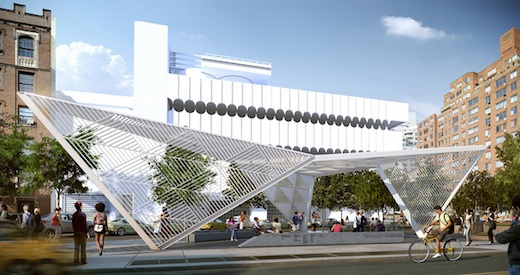 An illustration of the upcoming New York City AIDS Memorial. The base will include text by Walt Whitman.


July 4 marks a momentous anniversary in American history: Walt Whitman’s Leaves of Grass, originally a slim collection of 12 poems, was first published on July 4, 1855. It was a huge flop. Nonetheless, Whitman revised and expanded his masterpiece of the American experience until it blossomed to a whopping 400-plus pages when he died in 1892.

As a bit of a book nerd and an LGBT history geek, I’m embarrassed to admit I tried and failed to get into Leaves several times. The most famous poems include “Song of Myself,” “I Sing the Body Electric” and his elegy to the assassinated President Lincoln, “When Lilacs Last in the Doorway Bloom’d.” Intellectually, I understood the content of the poems, but they just didn’t speak to my soul. The verses seemed to ramble on and on and on.

But then about five years ago, I gave Walt another go.Wow! This time, I started with the Calamus section, which I had never ventured into. I was hooked. I’d start and finish each day reading my tattered copy of Leaves. Totally inspired, I’d hear his voice everywhere, like a benevolent queer uncle nudging and cheering me to celebrate my life and appreciate my daily experiences in New York City (a topic he wrote about often). His viewpoint is expansive and loving, sensual and brainy, and at times scandalously, unapologetically queer. (Check out "When I Heard at the Close of the Day," one of my favorites.)

The details of his life also inspire. He was a journalist, a caregiver for Civil War soldiers, a creative iconoclast who invented his own form of poetry. And I’m not ashamed to note that yes, the dude was easy on the eyes. 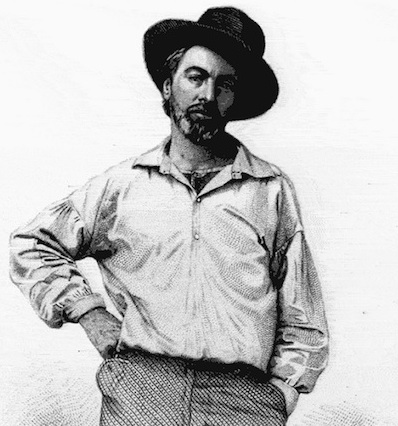 
So here we are, 160 years after the debut of Leaves, and I learn that artist Jenny Holzer, known for her text installations, is including sections of “Song of Myself” in the New York City AIDS Memorial, which is under construction right now in Greenwich Village near the former site of St. Vincent’s Hospital, known as ground zero of AIDS. Verses from the poem will spiral out from the base of a fountain and cover the entire grounds. 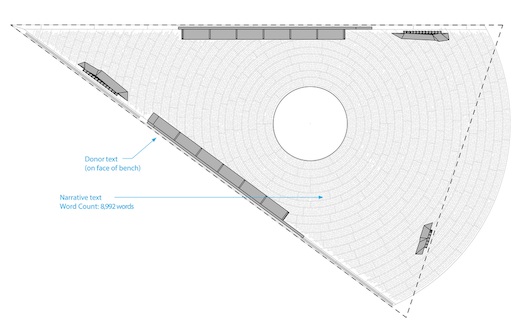 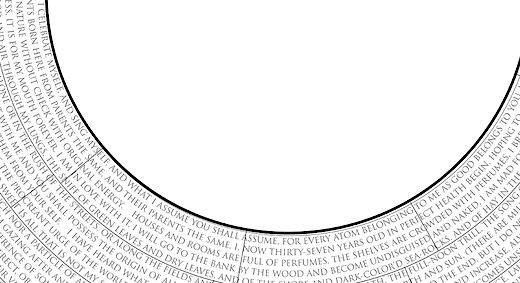 ’Song of Myself’ starts at the base of a fountain.

I should be ecstatic about this design, right?

But initially I felt unsure about the choice. In a press release from the AIDS Memorial, Holzer says, “Whitman’s message of hope, of dignity in the face of death, of the glories of an embodied life, and of transcendence in the face of oppressiveness and tragedy, spoke to the requirements of the memorial and universalized them. Whitman was also a proud New Yorker, a poet of the people threaded through his city, a man whose work includes paeans to the metropolis that he thought represented the greatest realization of human diversity.”

I can’t disagree with that, but I do wonder: Isn’t there AIDS-specific writing that also offers universal messages of hope and transcendence? When the text of an AIDS memorial doesn’t refer to the epidemic, will anyone actually know what it is memorializing? (For more on this very topic, check out my POZ article "Art That Makes You Go Hmmmm" about the upcoming AIDS Art America exhibit.)

To be fair, it’s too early for me to full-on criticize the AIDS Memorial. The more I think about it, the more I warm up to the Whitman text addition. I look forward to experiencing the finished work. But even then, it might not speak to me right away. Sometimes great art takes its time. 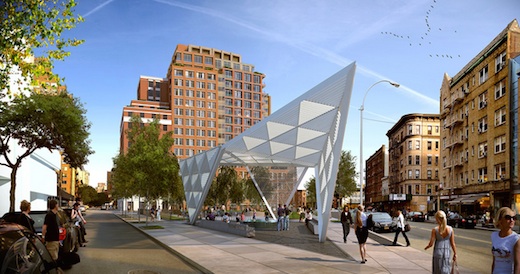 Another view of the NYC AIDS Memorial.


Here’s how and where ’Song of Myself’ will end. Pretty cool: 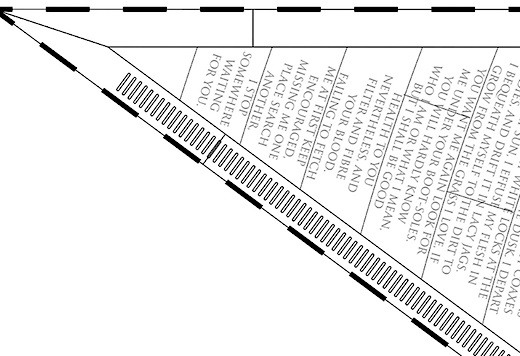 In case you’re not familiar with the poem, I’ll save you the trouble of looking it up. Below are the opening, and then the closing verses:

I celebrate myself, and sing myself,
And what I assume you shall assume,
For every atom belonging to me as good belongs to you.

I loafe and invite my soul,
I lean and loafe at my ease observing a spear of summer grass.

My tongue, every atom of my blood, form’d from this soil, this air,
Born here of parents born here from parents the same, and their parents the same,
I, now thirty-seven years old in perfect health begin,
Hoping to cease not till death.

I depart as air, I shake my white locks at the runaway sun,
I effuse my flesh in eddies, and drift it in lacy jags.

I bequeath myself to the dirt to grow from the grass I love,
If you want me again look for me under your boot-soles.

You will hardly know who I am or what I mean,
But I shall be good health to you nevertheless,
And filter and fibre your blood.

Failing to fetch me at first keep encouraged,
Missing me one place search another,
I stop somewhere waiting for you.