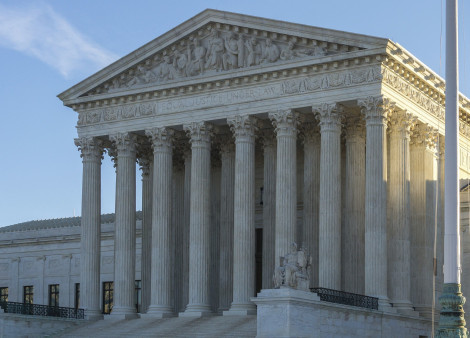 No strangers to making noise in Washington, DC, HIV activists have been voicing their protest of President Trump’s latest nominee to the Supreme Court all over our capital. The political actions come on the heels of last week’s Senate Judiciary Committee hearing, during which Americans heard Christine Blasey Ford describe her sexual assault at the hands of nominee Brett Kavanaugh in the 1980s when both were high school students.

HIV-positive activist Reed Vreeland of Housing Works shared a video on Facebook of a protest outside the Supreme Court that took place last Thursday, as the hearing was unfolding. In the video, hundreds of protesters can be heard shouting, “Hey, hey, ho, ho, Kavanaugh has got to go.”

On Monday, Positive Women’s Network–USA executive director Naina Khanna, flanked by two other women, calmly yet aggressively confronted Senate Majority Leader Mitch McConnell at the airport, walking alongside the Republican senator and then following him through automatic doors and up an escalator, pointedly asking, among other things: “How many stories of sexual violence do you need to hear in order to believe women?”