On the season opener of SNL, the much beloved mid-episode news segment, Weekend Update, critiqued the Republicans’ rock-hard desire to rush Brett Kavanaugh’s nomination to the Supreme Court through. Despite some very serious allegations as well as Brett’s unhinged, entitled public response, those moral high-ground eager beavers decided, well, they just like Brett. (And he likes beer.)

But Michael Che’s dismount from the subject of Kavanaugh’s ability and fitness to serve on the Supreme Court left a lot to be desired. Che, a co-host of Weekend Update alongside Colin Jost, went into a little rant about Kavanaugh that ended with a cringe-worthy swipe at Charlie Sheen that was certainly felt by more people than Sheen himself.

Che continued to probe the might-hole. 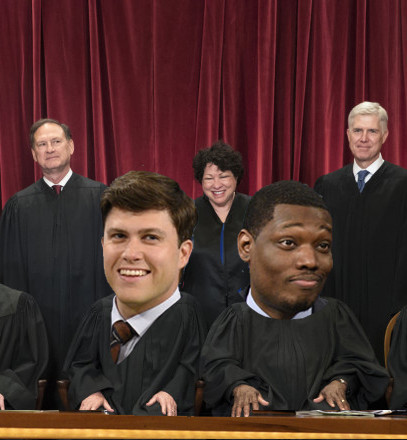 I’ll leave the defense of dogs to the sharp minds at Paws.com and the honor of “crackheads” to the fine bloggers at CrackaSmile.com.  In terms of HIV, well, as a proud bat boy I’ll step up to the plate to defend the team. Sheen, a third base coach for us of sorts, comes up a lot on comedy shows. Seems a lot of comedy writers can’t stop thinking about his dick. If that’s the case, they should go through the proper channels and have their agent contact his. Either way, this little public game of cat and mouse only results in half-baked jokes that make people with HIV feel even more isolated and more infectious than they actually are.

We are in the U=U reality of living with HIV, for God’s sake. Sheen, for all of his faults, has stumbled as a public ambassador but his willingness to speak out at all has opened a much-needed conversation. He certainly is not the only celebrity since Magic Johnson to test positive for HIV, but it sure feels that way sometimes. When you hear jokes like the one Che spewed out, you don’t have to wonder why anyone in the entertainment industry would keep their lips sealed tighter than Mike Pence’s buttcheeks.

When Sheen first went public, I wrote one of the first pieces on the topic for Entertainment Tonight. I anticipated some of the blowback and wanted to lay a groundwork of compassion that people with a history of substance abuse never seem to get. Three years later, and Michael Che is cracking stupid jokes that aren’t even funny.

He SHOULD know better.

He SHOULD know that HIV disproportionately effects the black community...

He SHOULD know that HIV doesn’t disqualify someone from the dating pool...

He SHOULD know that you can’t transmit HIV if your viral load is undetectable...

And, most importantly, as a comedian with access to millions of eyes and ears, he SHOULD know when a joke is a cheapshot that isn’t even funny. Though, I will admit, fuck dogs that MIGHT bite people. Owners, get control of that shit.