AIDS United opposes this executive order. We remain deeply concerned about its impact on ending the HIV epidemic.

AIDS United remains deeply troubled by the impacts of the recently issued executive order banning the federal government from having trainings based on “critical race theory.” The Executive Order on Combatting Race and Sex Stereotyping stands to have devastating effects on organizations across the HIV field, in addition to many other sectors.

Under this executive order, all federal contractors are forbidden from conducting trainings about race and sex. Additionally, the Office of Federal Contract Compliance Programs is authorized to create a hotline to investigate complaints received on violations of the order.

The order is meant to combat so-called “race and sex stereotyping and scapegoating” in the workplace. Under this order, any mention of topics like implicit bias, sexism, white privilege or the history of racism in the United States are forbidden. Instead, it encourages a whitewashed view of our country’s ideologies that ignores its deep racial divide that persists to this day.

So, what do we know right now?

The future of the order and its implementation remain unclear.

Sensitivity trainings for government agencies, law enforcement and federal contractors about racism, sexism—and even HIV-related bias—are at risk to be eliminated. We have already seen institutions pause vital diversity, equity and inclusion trainings to evaluate the potentially  severe repercussions of this order.

The punitive nature of this order could put future federal funding for organizations in jeopardy if there are accusations or determinations of violating the executive order. Agencies are required to identify contractors and grantees that have provided these trainings.

Alarmingly, the order requires the creation of a new federal register notice and has set up a hotline that urges individuals to report trainings that are felt to be in violation of the order. Violators risk losing the ability to compete in any federal funding awards in the future.

AIDS United opposes this executive order, and we remain deeply concerned about its intent and impact.

As public health advocates, it is our duty to address health disparities and inequities. Our work to end the HIV epidemic requires a deep commitment to racial justice and exposing and dismantling systems of oppression and tools of white supremacy. 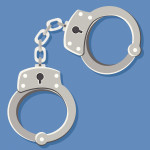