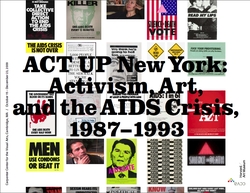 You see, by wingnut logic, that means Kevin actively supports each and every thing every past member of ACT UP has done (or will do), including the condom on Helms’ house (yup, they mention this), dropping the Eucharist (also mentioned), and saving millions of lives (oops, they missed this one).

This is another Jennings smear which really isn’t one.  ACT UP membership was and always will be a badge of honor.  Just as the wingnuts have lost the battle to smear the memory of Harvey Milk, they will fail in their efforts to tarnish other glorious moments in our history.

We will not be shamed.