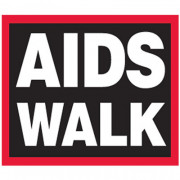 In its over 30 years, AIDS Walk New York has inspired nearly 890,000 people to walk and millions more to donate, raising nearly $150 million to combat HIV and AIDS. The funds raised at the event remain a vital lifeline sustaining the prevention, care, and advocacy programs GMHC provides for the thousands of men, women, and families affected by the disease in the tri-state area. The proceeds also benefit several HIV/AIDS service organizations that are able to participate as teams and raise funds through the Community Partnership Program (CPP).