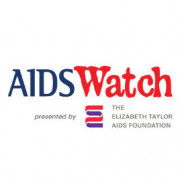 AIDSWatch will be held April 1 & 2, 2019. AIDSWatch, presented by the Elizabeth Taylor AIDS Foundation, is the nation’s largest annual constituent-based national HIV/AIDS advocacy event. Organized by AIDS United, the Treatment Access Expansion Project, and the US People Living with HIV Caucus, AIDSWatch brings together hundreds of people living with HIV and their allies to meet with members of Congress and to educate them about the important issues at stake for people living with HIV in the United States.

At last year’s 25th Anniversary AIDSWatch, advocates from 36 states, DC, and Puerto Rico came together to share their truth and advocate for the changes needed to end the AIDS epidemic in the United States, meeting with over 300 Congressional offices and speaking their experience to those in power in Washington DC. And, with the success of last year’s historic event, we expect AIDSWatch in 2019 will only continue to build on that momentum.

We now have the knowledge and tools to end AIDS in America. We can successfully treat those living with HIV and stop new infections. However, meeting this goal will require substantial scale-up of solutions, removal of barriers, and real leadership. There must be collaboration—across the political aisle, between federal, state, and local governments, and between the public and private sectors. Solutions must be based on scientific evidence and basic human rights. We can make the unprecedented opportunity of ending AIDS in America a reality by providing the resources, policies, and programs necessary to ensure that HIV prevention, care, treatment, and support services are widely available. Join other HIV advocates at AIDSWatch to tell Congress to make this plan a reality!