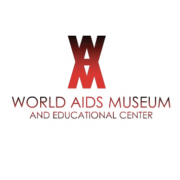 World AIDS Museum and Educational Center and Galleria Fort Lauderdale are collaborating to honor World AIDS Day with an official public event designed to raise awareness and voices in unison for global health. The public is invited on Thursday, December 1, at 8:30 a.m., to participate in an official kickoff ceremony in honor of World AIDS Day at Galleria Fort Lauderdale (2414 E. Sunrise Blvd.). Attendees are encouraged to register in advance at WAM’s Rock The Ribbon page.

According to the National AIDS Memorial, 40 years into the AIDS pandemic, more than 700,000 lives in the U.S. have been lost to AIDS and more than 1.1 million people live with HIV and an estimated 1 in 7 people do not know they have HIV. According to the CDC, HIV risk remains high among Black and Latino gay and bisexual men.

“World AIDS Museum is proud to unify and collaborate with the community to put the spotlight on the importance of HIV care, advocacy and education,” said Terry Dyer, executive director of World AIDS Museum and Educational Center. “We invite the community to come together to increase awareness of the impact of HIV on people’s lives, to end stigma and discrimination and to improve the quality of life of people living with HIV.”

On December 1, World AIDS Day, Rock The Ribbon will commence with a gathering of elected officials including Broward County Vice Mayor Lamar Fisher, fellow HIV-related agencies and other stakeholders. Special performances by Cassie Ortiz, Gay Men’s Chorus of South Florida, and DJ Aulden Brown will add flair to rock the crowd. The event will take place outdoors under the covered valet parking entrance.

“Galleria Fort Lauderdale is proud to collaborate with the World AIDS Museum and Educational Center to present this global recognition event,” said Melissa Milroy, senior marketing manager at Galleria Fort Lauderdale. “We applaud the local efforts to address this health challenge and pay tribute to the hundreds of thousands of Americans we have lost to this vicious disease.”