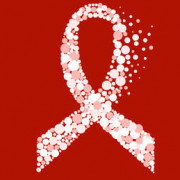 Congregation Kol Ami marks World AIDS Day with a special interfaith observance, combining awareness, remembrance, and speaking out against HIV stigma. The national theme for the 2021 observance is “Ending the HIV Epidemic: Equitable Access, Everyone’s Voice,” and Confirmed speakers for the West Hollywood event include Dr. Michael Gottlieb, the immunologist known for being the first to identify AIDS in 1981 and who has led HIV/AIDS activism and philanthropic efforts associated with HIV/AIDS treatment since then.

AS part of the event, Congregation Kol Ami has partnered with the National AIDS Memorial and will bring panels of the AIDS Memorial Quilt to West Hollywood as part of World AIDS Day observances. It will be displayed mid-November to mid-December. The Quilt is the largest community arts project in the world. Its first panels were created nearly 35 years ago during the darkest days of the pandemic and today, consists of 50,000 individually-sewn panels with the names of more than 110,000 people who have died of AIDS.

Congregation Kol Ami, serving LGBTQ and allied Jews and their families in West Hollywood, was founded by Rabbi Eger during the height of the AIDS crisis. Since then, the congregation has been a prominent source of care for people living with HIV, with its HIV+ support group, the longest running Jewish support group in the nation, continuing today. It accepts new members, regardless of religion, gender expression, and sexual orientation. This event is one of several the congregation has held throughout the year. In April, Rabbi Eger brought together community members and specialists from Israel and West Hollywood to hold a “City-to-City Dialogue” about cure and prevention of HIV.