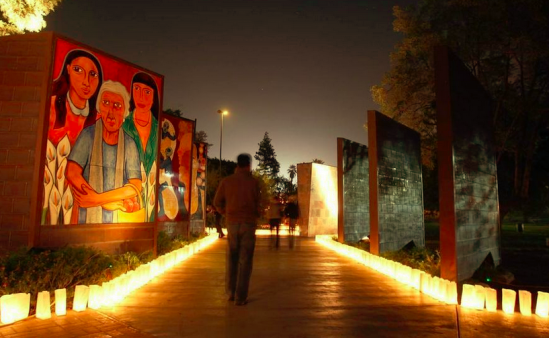 A World AIDS Day rededication ceremony of the expanded Lincoln Park memorial in Los Angeles will be live streamed.

The Wall Las Memorias AIDS Memorial in Los Angeles was first unveiled during a dedication ceremony on World AIDS Day 2004. Alas, more loved ones have been lost to the HIV epidemic since then, and the memorial in Lincoln Park had to be expanded. And it has.

The newly renovated Wall Las Memorias AIDS Memorial will be unveiled at a rededication ceremony held, once again, on World AIDS Day (the global observation day is always marked on December 1; this year, it falls on a Wednesday).

The event will reveal to the public new panels and artwork along with the addition of over 1,000 names of loved ones lost to AIDS, according to a public invitation to the ceremony posted on TheWallLasMemorias.org. The names were submitted by the public, and the renovation cost over $850,000. The rededication ceremony will be live streamed on +Life (PlusLifeMedia.com) as well as the social media channels of +Life and Wall Las Memorias.

The nonprofit behind the monument is The Wall Las Memorias Project, a community health and wellness agency that serves Latinos, LGBTQ people and other underserved populations. 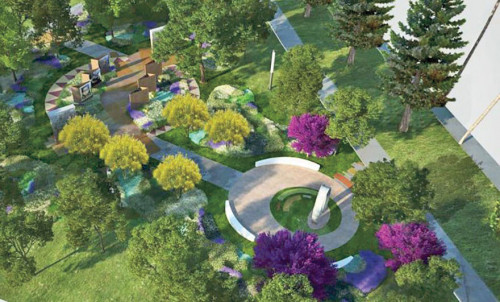 “We are delighted to be able to bring the community together to commemorate and celebrate the rededication of The Wall Las Memorias AIDS Monument,” said Richard Zaldivar, founder and executive director of The Wall Las Memorias Project, in a press release. “This year also marks 40 years since the start of the AIDS epidemic, making it more important than ever to remember and salute not only those that have lost their lives to AIDS but also all of those that have fought tirelessly to eradicate this disease and those who have struggled with the stigma of living with HIV.”

The following weekend, the annual Latino celebration Las Posadas in the Park will be held at the AIDS memorial beginning noon, Saturday, December 4.

The Wall Las Memorias website offers this brief history and description of the AIDS memorial (as it existed before the current renovations):

On December 1st, 2004, after a years-long battle with opposition the first publicly funded AIDS monument in the nation was dedicated before thousands of supporters and community leaders. Today, The Wall Las Memorias AIDS Monument has over 360 names etched into it—the names of people who have died from AIDS complications.

The monument was designed by architect David Angelo and public artist Robin Brailsford. A community advisory board selected the site in 1993 based upon its rich cultural and artistic history with the Latino community and its proximity to the local AIDS Treatment Center at County USC Hospital, the Rand Schrader AIDS Clinic.

The Wall Las Memorias AIDS Monument was designed as a Quetzalcoatl serpent, an Aztec symbol for rebirth. The monument consists of eight wall panels: six murals depicting life with AIDS in the Latino community and two granite panels that contain the names of individuals who have died from AIDS. The monument also includes a serene park setting with benches and an archway set in garden areas for personal meditation. The total size of the monument [before the 2021 renovation] is about 9,000 square feet with half of this area being landscaping and green space.

In related news, last summer, Zaldivar and The Wall Las Memorias moderated a virtual discussion titled “Act Now Against Meth.” To read more about that topic, see the POZ article “Meth and HIV Among Gay and Bi Latino Men [VIDEOS].”