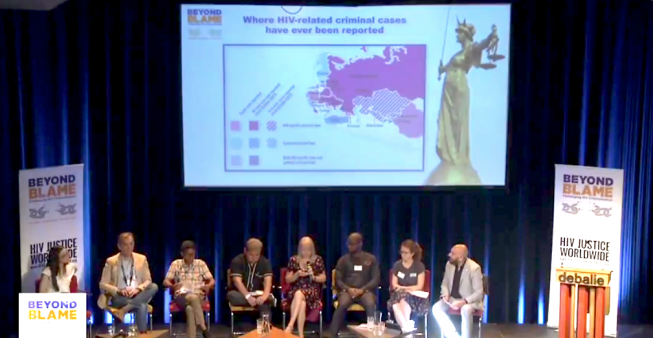 If you were unable to attend the global meeting “Beyond Blame 2018: Challenging HIV Criminalization” this summer, don’t worry. You can get updated on all the takeaways and observations in a new report on the event. Plus, you can watch a video of the entire two-hour meeting online (we’ve posted it above).

Written by Sally Cameron of the HIV Justice Network on behalf of HIV Justice Worldwide, the free 54-page report can be downloaded here. 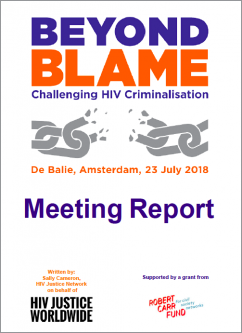 Over 150 advocates from 30 countries attended the meeting, which was held this summer in Amsterdam immediately before the 22nd International AIDS Conference (AIDS 2018). “Beyond Blame” included presentations, panel discussions and intimate workshops designed to share knowledge and coordinate efforts to end unjust HIV crime laws.

An announcement from HIV Justice Network about the report included numerous key points. Below are a dozen of those takeaways: