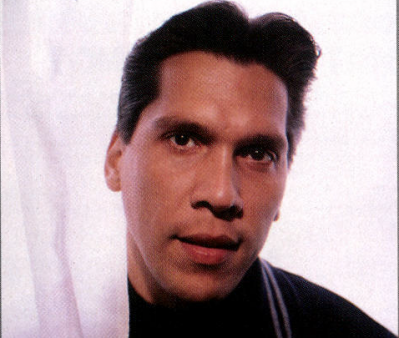 Back to Life, Back to Reality: Ron Rosa

The New York Times calls it a “unique affliction,” a trauma matched only by death-camp survival. But for us, Lazarus Syndrome, named after the biblical figure Christ restored to the living, is just the price we have to pay for life in the protease era. POZ spoke with five PWAs about the long march back from death’s door.

The Dying Game
In 1996, a Red Cross airplane was on standby to transport my body to Puerto Rico, where my funeral arrangements had been made. But I hung on, even without the protease therapy, and after 11 months a doctor told me, “I don’t know what the hell is going on, but you’re looking very good.” When I realized I wasn’t going to die, I was pissed off, because I was so exhausted. I wanted it to end. At least when I was dying, I had the comfort that it was going to be over with. My relationship was shitty, I owed all this money, but I didn’t care, because I was going to die. And then I didn’t.

A House Is Not a Home
I had to gain the strength to fix my relationship. After 12 years, my partner was not able to give me emotional support. He was also ill, and his mother moved in to take care of him. I felt like a total stranger, a guest, in what had been our home. I decided that I couldn’t live like that anymore. After having that second chance in life, I couldn’t afford to just sit and wait. So I left.

On His Own
My sister invited me to stay with her. My family was incredible. But I was depressed and confused. All I could think of was “What am I going to do with my life now?” I had engraved in my mind the last words my partner said to me: “Nobody’s going to want you -- you’re still sick.”

Money Matters
I was screwed financially because my insurance only covered 80 percent of the hospital bills. My lover and I had liquidated our assets, cars, property. I hadn’t worked since 1995. Now I owe maybe $25,000. But it’s funny how you learn to manage when you don’t have money.

Love Is the Drug
His name is Steve. I was sitting home, depressed, and the phone rang. It was some man calling me from the local AIDS Walk office, asking if they could use my story in their newsletter. I fell in love with this voice that was so comforting, and I fell in love with him at first sight. It was the same for Steve. We’ve been together for a year and a half.

From getting so close to death, I learned to love and appreciate myself. And Steve is a soulmate. We came into each other’s lives when we both needed it. It was like a jigsaw puzzle that snapped together.

Back to Work
When I started protease inhibitors in December ’97, I gained weight, my hair grew back, and I got tired of people saying, “Why aren’t you working? You look fine.” They don’t know the agony I went through to look “fine.” So I went back to work in the travel industry. But I got stressed and overworked, staying late because I had to prove to myself that I was useful. Hopefully, I’ll find a job that offers benefits. But that involves conquering social prejudices, which isn’t something I can do by myself. Still, it would close the circle.