David Welch, 42, has the heart of a girl -- a 14-year-old one, to be exact. Together, they are blazing a trail for HIVers through the once-forbidden transplant field.

When New Yorker David Welch found out he had HIV in 1997, the heart arrhythmia his doctor prescribed meds for six months earlier suddenly seemed like small potatoes. Adding insult to injury, his beloved mutt Mavis was diagnosed with skin cancer the same day. And even though his father had died of congestive heart failure, Welch thought that he would have 20 years before he had to worry -- if he survived HIV that long. So he added HAART to his heart pills -- and neglected to follow up on his ticker trouble for nearly two years.

Welch was shocked into reality last New Year’s Eve when, on vacation, he checked himself into a Seattle hospital, only to be told that his body was in acute heart failure and that he desperately needed a heart transplant -- but, as an HIVer, was forbidden one. “I had my eye on the wrong ball the whole time,” Welch says now. “I was surprised that this heart thing was that serious of a problem.” Meantime, Mavis, who had survived both cancer surgery and radiation treatment, was again diagnosed with cancer -- an inoperable bladder tumor -- and was given six months to live.

Not the type to sit around and wait to expire, the attorney and some friends started digging. They found only two hospitals in the country preparing to accept HIVers for heart transplants, Ohio’s Cleveland Clinic and New York City’s Columbia Presbyterian Medical Center. Until recently, the official logic went, there had been no reason to expect people with HIV to live long enough to “deserve” any organ transplant, so HIVers in need were denied. But the advent of better meds and brighter futures, coupled with activism, changed all that.

“There was a consensus this year to offer selected HIV positive patients the type of therapy that is available to other parts of the population if an organ fails,” says Mario Deng, MD, Director of Cardiac Transplantation Research at Columbia University. “We at Columbia feel a certain responsibility, as the leading transplant program, to make decisions that may entail some societal debate. And if we can offer a patient the chance to grow old with a good quality of life, we have to go ahead.”

On June 22, after a three-week inpatient evaluation and two months’ waiting for a clot in his lung to heal, David Welch finally hit the heart-transplant list -- not the standard list but the “alternative,” where hearts become available once they are rejected from the regular list. But second-class membership has its privileges, including hope for a quick transplant -- so far, there are few others on the alternative list.

Just 13 days later, at 6 a.m. on the Fourth of July, Welch’s beeper brought news that he was about to become only the second HIVer in the world to receive a heart transplant. (The Cleveland Clinic beat the Columbia team by mere days.) The heart of a 14-year-old girl had become available -- rejected for the regular list due to its small size. At five-seven and only 110 pounds, Welch and the heart made a match.

“I thought I’d be terrified, but I wasn’t at all,” Welch says. “I’m not a Superman, but I was excited more than afraid.” And by the time the Independence Day fireworks lit up the night sky, Welch had the gift of life sewn into his chest. According to Deng, Welch’s recovery has been “remarkable.”

However, Welch is not home free. The pioneer must take immune-suppressing, anti rejection drugs with his daily immune-enhancing HAART, and this may cause faster HIV progression. For now, Welch is taking both regimens, attending a transplant support group and, with a little help from his friends and family, getting by just fine. Mavis, inoperable tumor and all, has outlived her own predicted death. And while his surgery may be a milestone in HIV health care, Welch keeps it all in perspective. “I’m still waiting for the amazing transformation,” he says. “I got a new heart, not a new personality.” 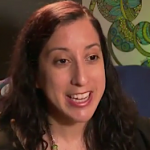 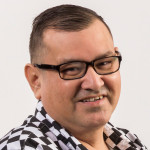 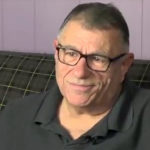