Like Reverend Al Sharpton, we’re all interested in origins—even when we don’t like what we find. While Sharpton was discovering last week that he may be descended from ancestors of segregationist senator Strum Thurmond, participants in the 14th Conference on Retroviruses and Opportunistic Infections (CROI) in Los Angeles were learning in great detail about the origins of the HIV epidemic in the United States.

Through complicated genetic analysis of past and present HIV viruses, researchers have been able to piece together a colorful and detailed history that was for many of us in the audience an eye-opener about the origins of one of the most deadly infectious diseases to plague the world.

Yes, the most prevalent form of HIV—HIV-1 group M—did emerge from chimpanzees, but there’s more to this story than you have heard on the news. HIV-1 group M was passed from chimpanzees to man in western Africa, likely in the region of Cameroon, sometime around 1930. An infection similar to HIV called simian immunodeficiency virus (SIV) had likely resided in chimpanzees for tens of thousands of years.  (The virus does not cause immunodeficiency in chimps, by the way, and does not lead to a syndrome similar to AIDS.) But it wasn’t until humans began hunting and butchering the chimps that an opportunity was created for the SIV virus to make this leap.

The virus lay dormant in humans, researchers reported at CROI, until it gained the opportunity—perhaps through mutation—to move from one person to another. Then came the social changes that pushed HIV onto the world stage.

Independence from European colonialism seems to have been the social movement that HIV used to propagate itself, starting in June 1960, when the Democratic Republic of Congo (DRC) declared independence from its Belgian colonists and birthed a new African nation. Haiti, which had achieved its own independence from France more than 150 years before, dispatched professionals to the DRC to help out.

Now the trans-Atlantic migration of HIV is coming into focus through the genetic analysis of samples collected in 1982 and 1983 from five Haitian AIDS patients, all recent immigrants to the U.S., who were among the first to succumb to the disease. Using a genetic testing system called phylogenetic analysis, the University of Arizona laboratory of Dr. Michael Worobey was able to date the year of HIV’s crossing from western Africa to Haiti as 1966.

I was transfixed last week when I listened to this story in a crowded auditorium at CROI. I started first grade in 1966, at a time when the world was changing in ways that would define my life as a gay, black man and as a HIV doctor. In the 1960s, social change was afoot not just in Africa, after all, but in the U.S. too, where the Stonewall riots happened in June 1969.

It was around then that American tourists began to visit Haiti, we learned at CROI. Sexual tourism was not created by gay men, nor is it a “modern” concept (Paul Gauguin’s vision of Tahitian beaches in 1891 likely resembled warm, inviting Haiti in 1969). But Dr. Worobey’s lab found that the particular pattern of gay men visiting Haiti for sexual tourism in those years allowed the virus to migrate from Haiti and establish the epidemic that we became aware of in the early 1980s. Dr. Worobey’s lab believes that it was one virus—a single transmission—that started the HIV epidemic in these western nations, and that the year of that single transmission was likely 1969.

What his lab showed was how the clade B strain of HIV-1’s group M made its way from Haiti to the United States, as well as to the rest of North America, South America, Europe and, eventually, Australia. Clade B is the HIV virus most associated with male-to-male transmission. (Clade B HIV-1 is also transmitted heterosexually, but the most prevalent HIV infection in the world overall is the clade C HIV-1 virus, which is responsible for the pandemic in sub-Saharan Africa.)

Worobey and his crew also showed that HIV viruses have made the leap a great number of times from non-human primates to create unique infections in humans—as have other retroviruses. The fact that these new viral infections  was not news to me or the participants at the recent CROI conference – the news was the high number of new viral infections which are entering the human domain. It all left me wondering what’s to come.

But, trying to find the positive thread that runs through this news, this story brings to full view the human impact of concerns like deforestion, global warming and green-house gas effects. All vague concepts which I hear vigorously debated on the evening news each day, but somehow imagine as being far removed from the daily reality of my life. While the impact of deforestion of the world’s rain forests remains slightly beyond my grasp, this story of man’s disrespect for the environment and the animals with which we share the earth is story whose impact I can grasp. This history of HIV challenges me to understand these other environmental concerns that I previously main short shrift of. It was a single virus that started the HIV pandemic in the western world – it forces to ask myself,  “What power a single voice can have as well.” 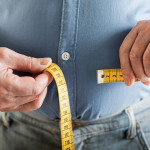