Facts Behind the Fix

“Where’s the beef?” That’s the refrain of doctors who challenge the comprehensive approach to HIV care pioneered by the likes of Jon Kaiser, MD. Well, the first solid evidence is in. This April at the International Conference on AIDS and Nutrition in Cannes, France, Kaiser presented a study based on an independent review comparing outcomes for his patients to those of HIVers given standard care at a nearby medical practice. The two groups of 74 were matched for age, gender, socioeconomic status, baseline CD4s and viral loads. During the two years of the study, all patients with declining CD4s or in-creasing viral loads got antiretrovirals, although Kaiser’s patients usually started therapy later and with fewer drugs (often protease-sparing regimens). Kaiser’s patients also received dietary counseling and nutrient supplementation—including a twice-daily multivitamin/mineral, extra B-6 (100 mg), vitamin C (2,000 mg), vitamin E (400 IU), Co-enzyme Q-10 (30 mg) and acidophilus.

Kaiser also checked patients’ levels of DHEA-sulfate and testosterone twice a year. If DHEA was low, the patient was given enough to reach the upper half of what Kaiser defines as the healthy-normal range (300 to 600 ug/dl for men; 100 to 300 for women). When necessary, topical testosterone was also used to maintain levels in the high normal range (500 to 1,000 ng/dl for men; 50 to 100 for women). Quarterly bioelectrical impedance analyses (BIAs) monitored body cell mass. Anyone whose BIA indicated early wasting got additional hormones with oxandrolone (Oxandrin) and/or human growth hormone (Serostim). 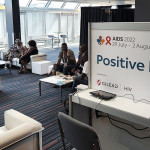