The U.S. Centers for Disease Control and Prevention (CDC) reports that one out of five people living with HIV don’t know their status, and that although the rates of new infections in the nation are holding steady, they are increasing among certain populations, such as young men who have sex with men (MSM). What’s more, according to New York City’s health department, 13 meningitis cases were reported in 2012 among the city’s MSM, with an additional four cases this year (seven men have died of the infection). The city advises all MSM to get vaccinated.

Responding to this news, CHN offered the rapid tests and the vaccines, working out of its van (CHN was the first group in the nation to offer mobile testing in a van). It plans to continue testing at Union Square Park and other venues throughout the month. 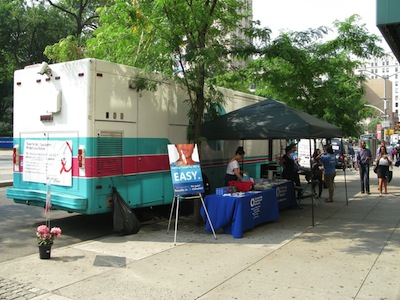