Kevin Fenton explains a new approach to prevent HIV in the communities most at risk.

Kevin Fenton, MD, PhD, is the director of the National Center for HIV/AIDS, Viral Hepatitis, STD and TB Prevention (NCHHSTP) at the Centers for Disease Control and Prevention (CDC). He became NCHHSTP director in 2005. He has worked in research, epidemiology and prevention of HIV and other sexually transmitted infections since 1995. Fenton shares his thoughts on new CDC data, which show HIV rates are increasing among young black men who have sex with men (MSM).

What does the new CDC data reveal?

Between 2006 and 2009, HIV incidence was relatively stable among MSM. Young black MSM were the only group in the United States to experience an increase in new HIV cases during those years. 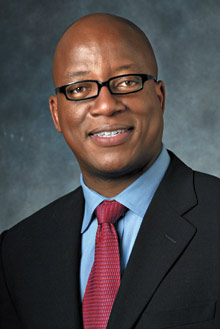 Why are young black MSM so at risk?
Racial disparities in health, including HIV, are associated with broader social and economic factors. A higher “background prevalence” of HIV among African Americans means black MSM have a greater HIV risk.

Recent CDC analysis found HIV-positive black MSM are half as likely to be taking antiretroviral (ARV) therapy as their white counterparts. People on ARVs have lower levels of virus in their blood and are less likely to transmit HIV.

If you don’t have the means to see a doctor, you may not get an HIV test or treatment until it’s too late. Those who can’t afford the basics in life may end up in circumstances that increase their HIV risk. Also, stigma and homophobia prevent many people from HIV testing and treatment.

High rates of incarceration in some communities have led to imbalanced ratios of men to women in the non-incarcerated population, which can help spread HIV in these communities.
Why is testing key among black and Latino MSM?
Black and Latino MSM are more likely to be HIV positive and unaware of their infection than other MSM. A study of MSM in three U.S. cities suggests that some black and Latino MSM may be contracting HIV due to misleading assumptions about their personal risk, including a belief that having sex with men of their own race can reduce their risk for infection. This inaccurate belief was strongly associated with undiagnosed HIV.

The study also points to missed opportunities for health providers to diagnose HIV-positive MSM, even when these men had access to health care and had disclosed their sexuality to their health care provider. Black MSM who were unaware of their HIV-positive status were three times more likely than black MSM who were HIV negative to have health insurance and to have disclosed their sexuality to a health care provider.

How is the CDC addressing the disproportionate rate of HIV incidence among black MSM, especially young black MSM?
Testing is a critical component of prevention efforts. Research shows that people who test HIV positive take steps to protect their health and prevent HIV transmission. Early treatment dramatically reduces the risk of transmitting the virus.

Research has shown that increasing the availability of condoms and sterile syringes reduces HIV risk. Individual and small-group programs have been shown to significantly reduce risk behaviors among people with HIV to help ensure they do not transmit the virus. Also, we know that behavior-change programs for people who are at high risk of HIV can reduce risk behavior.

We must continue to support effective substance abuse treatment that helps drug users stop injecting. We also must encourage screening and treatment for other sexually transmitted infections, which we know increase the risk of acquiring and transmitting HIV.

Pre-exposure prophylaxis, or PrEP, is a new prevention intervention in which HIV-negative people take a daily dose of antiretroviral medication to lower their chances of acquiring HIV. PrEP has been proven effective among MSM, and the CDC has issued interim guidance on its use by MSM. Studies have shown PrEP to be effective among heterosexual men and women, although important questions remain about which heterosexuals would most benefit.

Also, the CDC is developing “Testing Makes Us Stronger” to encourage HIV testing among black MSM, a new phase of the ongoing public awareness campaign “Act Against AIDS.” We expect to roll out online and outdoor advertising in several major cities later this fall.
What is “high-impact prevention”?
The National HIV/AIDS Strategy (NHAS) directs the nation’s response to the U.S. HIV/AIDS crisis. To support the NHAS, the CDC is aggressively focusing on increasing the impact of HIV prevention during a time of limited resources.

The global economic crisis has led to major reductions in HIV prevention resources at the state and local levels. Federal financing is severely constrained. The CDC’s new “high-impact prevention” approach addresses this reality by achieving a higher level of impact with every federal prevention dollar.

This approach guides the allocation of prevention resources, as well as the development of specific prevention strategies for all populations at risk, including gay and bisexual men, communities of color, women, injection drug users, transgender women and men, and youth.

While all proven interventions may have a place in HIV prevention programs, high-impact prevention prioritizes those that are most cost-effective at reducing overall HIV cases. To make a substantial difference in new cases, priority should be placed on interventions that are practical to implement on a large scale at a reasonable cost.

Coverage in the target populations is also critical. Prevention planners should select interventions based in part on how many people can be reached once the intervention is fully implemented.

For example, the CDC recommends routine, opt-out HIV testing in health care settings for people regardless of risk, as research has shown that this can identify many people with undiagnosed HIV.

It is also important to consider how interventions interact, and how they can most effectively be combined to reach the most-affected populations in an area.

How is the CDC addressing funding?
It is more important than ever to ensure every federal HIV prevention dollar has the greatest possible impact. One way to ensure this is high-impact prevention.

The CDC also has a new approach to HIV prevention funding for health departments. This will allow us to focus prevention resources on the areas and interventions where they are needed most. The CDC is increasing funding for hard-hit areas.

While it is a relatively small change, we expect it to have a major positive impact on the epidemic. Several areas with heavy HIV burdens will see much-needed increases in prevention funding, including many Southern states and several major cities.
What will it take to lower MSM HIV rates?
We need to bring new energy, new approaches and new champions to the fight. Gay leaders need to re-engage and make HIV prevention a key component of their agenda, as they did in the beginning of the epidemic.

In the early days of HIV, the gay community succeeded against the virus with dramatic decreases in risk behavior and increases in condom use. Now it’s time to protect a new generation. We can’t allow HIV to continue its devastating toll. HIV should not be inevitable or a rite of passage for each new generation of gay men.

Go to cdc.gov/hiv for more information. 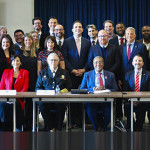