Stop the World, I want to Get Off

When neggies pop The Question

I hate it when scared, whiny guys waste my time. Being rejected for sex because I’m positive isn’t high tragedy, but if my serostatus is a deal-buster, I think my tricks-to-be should state that condition upfront. I take a systematic approach to sex hunting and aim for efficiency. So when a boy leads me on before popping The Question, I get mad as hell. Being positive, I don’t have even a moment to spend on encounters that fizzle instead of sizzle.

By the time he arrived, it was 3 a.m., and I was so tired I’d almost lost my appetite for sex. Frat boy wasn’t my type—a bit chunky and wearing a conservative J. Crew–ish sweater—but I wasn’t about to throw away my time investment. Still nervous, he flinched when touched; his vulnerability turned me on. I took the slow, gentle route, running my hands over his back until I felt his tensions melting away. My adrenalin was pumping in anticipation of victory. Then he asked if I was positive—and was out the door like lightning when I said yes. I didn’t feel rejected; I was furious. The little twinkie had kept me up half the night for nothing.

Of course, I could always make a pre-emptive strike by announcing my serostatus quickly to weed out the guys who’ll freak. But that would be counterproductive: Since most never come right out and ask—perhaps preferring peaceful ignorance—raising the topic might scare off an otherwise tasty morsel. After all, I’m not looking for a boyfriend—I just want to get off.

Some boys, like my Holiday Inn runner, take off as soon as I say I’m positive; others are bashful. Once, cruising on America Online, I met a guy with possibility. We moved from the Internet to the phone, going through all the mindless chit-chat about jobs and family and how long we’ve lived in New York City—stuff I’d rather save until after sex when I know whether I want a repeat. The deal was nearly closed when he asked The Question. This one was sheepish and apologetic as he explained that he was too scared to have sex with me. I asked if he ever wondered whether guys lied to him about their serostatus. Some probably had, he said, and he had almost certainly had sex with dozens of positive guys. But the words I’m positive were too much for him. I jerked off alone that night.

Certain words have been too much for me. Take disease-free. Reading personal ads, I used to feel isolated, spurned, personally insulted a dozen times over. But with time, my skin has thickened, and I’ve come to expect this attitude. I’m even thankful for the honesty. Being upfront about your cautious quirks saves us both an unpleasant encounter. I’ve come to understand that these rebuffs aren’t about me; I’m simply the locus of all these guys’ fears about death and sickness. What got me past the rejection phase was seeing how pathetic these guys’ responses were: The winner was the one who jumped out of bed and announced he’d suddenly realized he was straight.

Still, I’m curious about why guys wait so long to pop The Question. Are they so paralyzed by fear of HIV that they avoid it till the anxiety becomes too much? Or perhaps they keep quiet because they’re in conflict—ashamed of their concern, say, and curious about overcoming it. Or maybe they’re waiting for me to tell them that I’m negative. And while I feel extremely confident that my safer sex rules will keep my partners uninfected, I understand that others may take a more conservative stance on safer sex. That’s their prerogative—I mean, they’re under no obligation to sleep with me.

Yet I end up feeling punished for my honesty. If I had lied, I could have had sex with all these guys. But instead I’m dumped, and not one has ever thanked me for my truthfulness or betrayed any interest in how I feel about their flight. Where’s their sense of community? Of responsibility? Can’t they work up a little compassion for a comrade facing life-threatening challenges? Apparently not: They’re too busy being negative. 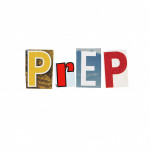 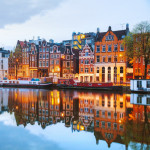 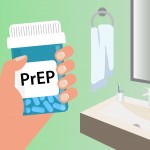