When your body-as-temple becomes a little shop of horrors

I feel so lucky just to be alive with no dementia, CMV or other nasty infection that I don’t sweat the little stuff—the dry skin, runny nose, diarrhea and other problems that make life miserable but won’t kill me. I basically do my best to ignore them—and that’s the big problem.

This became dramatically clear last fall during a bout of dry skin all over my body—flesh so flaky that the top layer disintegrated into a powder that a mere exhale of breath could scatter. It was like a horrible case of dandruff, and my ferocious scratching only made the situation worse. I’d wake up in the morning to find the sheets stained with blood and my legs covered with scabs. I tried cutting my fingernails short, but that resulted in harder and longer scratching.

The peripheral neuropathy I had in my feet and lower legs wasn’t any help. Oddly, while very sensitive to the dryness and itchiness, they were almost numb to the scratching, so I really did some damage. My boyfriend suggested I wear gloves to bed or put Band-Aids over each fingertip. No, too uncomfortable…

Now while this season’s dry skin attack was severe, it was nothing new for me: My apartment is overheated by a radiator that zaps all the moisture from the air. I own humidifiers, but I’m so tired at night that I’m not about to lug a 2.5 gallon tank of water from the bathroom to the bedroom. (My hardworking boyfriend does it.) But other than the humidifier, the only action I’ve taken dry skin–wise is scratching, scratching, scratching—like some crazed, caged beast.

For years, I never talked to my primary-care physician about the problem, or  to the dermatologist who treats my molluscum. I realized something was seriously wrong only when I found myself complaining to my therapist: I’d noticed I was scratching almost continuously at work; on the phone and in meetings, I’d hike up my pants legs to scratch at my ankles and calves. I even took to sitting on my hands so I wouldn’t unconsciously start tearing at myself and bleeding in front of important clients. After describing the worsening pattern to my shrink, he suggested I try hypnotherapy. (I was disappointed he didn’t prescribe some anticompulsive medication. I’m always looking for The Pill.)

Then I went to my dermatologist. After the usual 15 minutes of scraping and bleeding, he and I were chatting about something that triggered my mentioning the dry skin. Examining my legs, he concluded I was suffering from either plain old dry skin or an atypical case of scabies—microscopic mites that burrow under the skin leaving red track marks. Having had scabies four times while in college—thanks to a love triangle in which we kept reinfecting one another—I knew the drill of covering my entire body with a toxic cream, sleeping with it on overnight and changing all the sheets and linens in the morning. He also suggested Eucerin brand skin lotion.

In the end, it wasn’t scabies at all, just dry skin—which the Eucerin cleared right up. I now feel indebted to that lotion, as I’d tried many others with little success. Eucerin helped within 12 hours of putting it on—I’m not big on product endorsements, but this one deserves it.

The fact that I let my dry skin get so bad in the first place still haunts me. I was risking infections from the gashes, spreading the molluscum, not to mention acting like a nut. Yet for years I did nothing.

What’s worse, in just the few hours I’ve spent writing this column, I’ve blown my nose a dozen times, which reminds me that my nose has been running almost continuously for about 14 months now. Sometimes I wonder if I have a sinus infection or allergy, but usually I just mindlessly honk. Or maybe I’m just so worn out from worrying about the overall direction of my disease that I have no energy left for fixing minor but persistent problems. Part of it may be that I just can’t stand the sight of another doctor. Am I just lazy? Or perhaps I’m going through some Jewish version of ritualized penance. But the truth is, somehow I’ve made up my mind that suffering the little stuff may protect me from something worse. I wonder what my therapist would say about that—of course, I haven’t yet mentioned it. 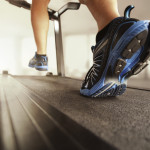 Moving Better With Chronic Pain May Depend on Leg Strength 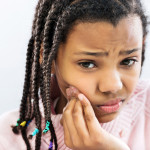 I’ve been using hydrocortisone cream for a rash on my face, but it isn’t helping. What should I do?