The National Association of People with AIDS (NAPWA) has issued an alert about the overuse of fluconazole (Diflucan), a potent first-line therapy for many fungal infections. New research has found alarming signs that more PWAs are developing fluconaole-resistant strains of the fungus Candida. One study found that 26 percent of PWAs with CD4 counts under 200 had drug-resistant Candida. More frightening, French researchers recently found evidence of oral transmission of drug-resistant Candida from one HIV positive person to another. This may have serious implications for oral sex with women and deep kissing with anyone.

The Centers for Disease Control and Prevention (CDC) argues that primary prophylaxis is usually not needed, since the disease is readily treated and not fatal. They also point to the high cost of the drug as a reason to avoid unnecessary long-term use.

The greatest concern, however, is that continuing prophylactic use of fluconazole may result in wide-spread resistance. True, less serious forms of candidiasis can be treated with various other medications or nutriotional therapies. But note that the main alternative for treating serious fungal infections isn’t pretty: Intravenous amphotericin B can cause kidney damage and debilitating side effects (known as “shake and bake” to describe the intense fevers and chills).

Ken Luby, a naturopathic physician with a large HIV practice in Toronto, Canada, says, The fear is that we may be throwing away the most effective oral antifungal drug we have—and one we might really need for serious infections—by using it when we don’t really need to for more minor problems." Luby recommends avoiding prophylactic use of fluconazole unless one has serious or frequent bouts of candidiasis or vry low CD4s.

And for Candida overgrowth, drugs may not always be necessary. Luby says diet and supplement possibilities should always be considered. First, reduce intake of sugars, on which the yeast feed, inclduing sweets, fruit and fruit juices (see Home Remedies, POZ November 1996 and Diet, POZ December 1997). Other interventions that may help to fight the yeast include oregano extract (see Apothecary, POZ January 1998), grapefruit seed extract, garlic (see Apothecary, POZ September 1997) and acidophilus (see Apothecary, POZ August 1997). After all, why not save your big gun for when (and if) you really need it? 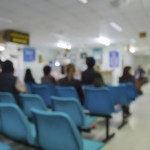 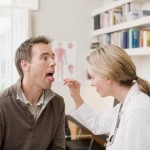