The World’s Toughest Condom title is still up for grabs, as Ramses backed down from claims that its love glove beats the competition. The Federal Trade Commission (FTC) reigned in the nation’s second-largest condom maker following ads proclaiming Ramses “30 percent stronger” than the leading latex. The FTC called the slicks “unsubstantiated and deceptive.” In another condom conundrum, New Jersey’s Ansell Personal Products made the largest-ever rubber recall after customers complained of breakage before the expiration date. Click to www.lifestyles.com to find out which prophylaxes to pitch. 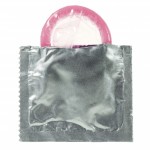