The United States supports male circumcision in foreignmilitaries to prevent the spread of HIV, Agence France Presse (AFP) reports. U.S.global AIDS coordinator Ambassador Eric Goosby conveyed this support to 400delegates at a meeting on AIDS and the military with officials from 80countries, including Africa, Eastern Europe and Central Asia.  Studies show that circumcision can dramaticallyreduce HIV rates among heterosexual men: A study in South Africa found new HIVcases fell by 76 percent after a wide circumcision program; 2006 trials inKenya, Uganda and South Africa found that it reduced men’s risk of contracting HIVin half; and a long-term analysis has found that circumcision reduces risk by about60 percent. The United States is now sponsoring several programs in Africa witha goal of circumcising 4 million men by 2013. 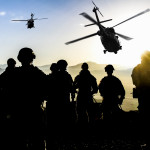