During AIDSWatch 2018, HIV advocates visit Capitol Hill to lobby for the needs of people living with and at risk for HIV. [VIDEO]

More than 500 advocates from across the country met in Washington, DC, on Monday, March 26, and Tuesday, March 27, for the 25th anniversary of AIDSWatch, the largest constituent-based HIV advocacy event in the United States. Organized by AIDS United, the Treatment Access Expansion Project and the United States People Living with HIV Caucus, the annual gathering was sponsored by The Elizabeth Taylor AIDS Foundation.

On Monday, participants focused on advocacy training and skills building in preparation for their Hill visits the following day. Despite the tremendous progress in HIV treatment and prevention that has been made over the years, HIV advocacy remains essential in the fight against the epidemic. 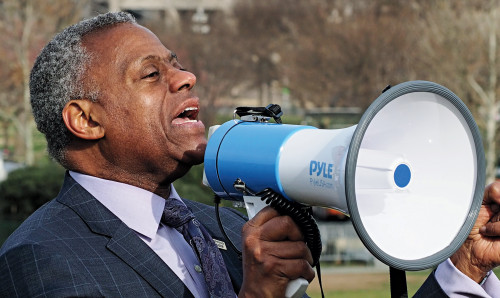 “We are needed now more than ever,” said Jesse Milan, president and CEO of AIDS United, who went on to emphasize the importance of educating Congress and other policy makers about the needs of people living with and at risk for HIV.

Although it’s clear that we have developed the tools and the know-how to end the epidemic, in order to achieve that goal, we must continue to defend access to affordable health care and to fund programs that fight HIV transmission.

Monday’s advocacy training session stressed the importance of sharing one’s personal story when lobbying members of Congress. Putting a face on the epidemic helps lawmakers understand how specific policies impact an individual and his or her community.

Advocates were provided fact sheets with this year’s legislative asks, which focused on the need to: 1) adequately fund the federal response to HIV; 2) support quality HIV prevention programs and sexuality education; 3) protect access to care, treatment and essential services that promote the health of people living with HIV; and 4) defend the civil rights of all people.

In the afternoon, advocates attended breakout sessions that covered intergenerational leadership, the power of storytelling, trans networking and advocacy, HIV criminalization, the health of sex workers and much more.

Later that evening, three of Elizabeth Taylor’s grandchildren—Laela and Naomi Wilding and Quinn Tivey—presented the Fourth Annual Elizabeth Taylor Legislative Leadership Awards. This year’s award recipients were: Thomas K. Duane, former New York state senator, who is HIV positive and was honored for his longstanding commitment to the treatment and care of people living with HIV in New York; Brian Sims, Pennsylvania state representative, honored for his efforts to mandate that insurance companies cover post-exposure prophylaxis (PEP) and pre-exposure prophylaxis (PrEP) in Pennsylvania; and Carlos Guillermo Smith, Florida state representative, honored for his role in recent negotiations with the Publix supermarket chain to ensure that its employee health plans cover PrEP. 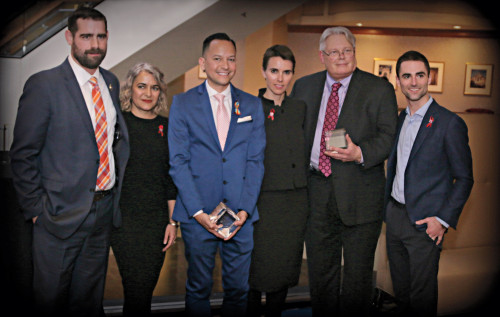 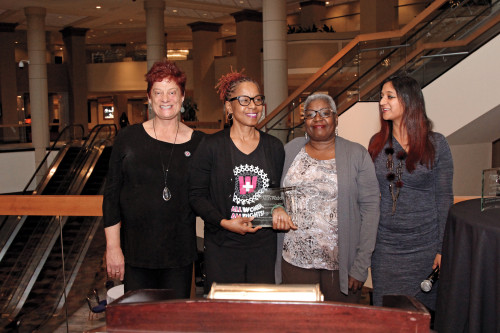 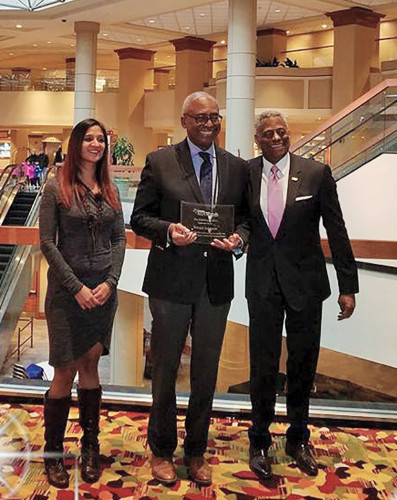 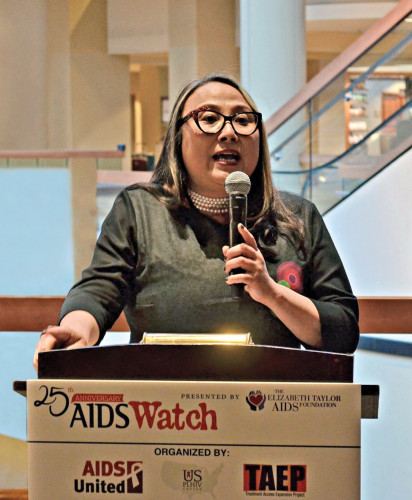 On Tuesday morning, advocates rallied on the West Lawn of the Capitol wearing T-shirts proclaiming “This Is What an HIV Advocate Looks Like.” Barb Cardell, vice-chair of the United States People Living with HIV Caucus, one of several speakers in attendance, reminded participants of the important mission ahead: “We are the power. We are here representing the power of the million people living with HIV in the United States. We are their voice. We are here together to raise our voices and demand that we are heard.” 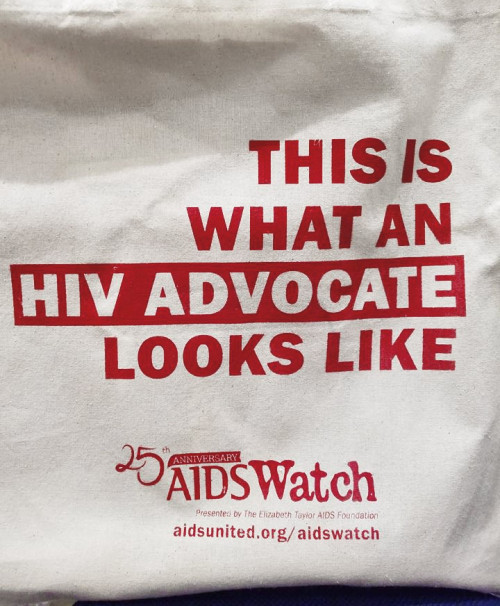 After raising their voices in a group chant and posing for a photo, the advocates split into prearranged teams and headed to the Hill for meetings with their respective state representatives. For this year’s AIDSWatch, organizers had scheduled more meetings with Congressional offices than ever before, meaning that the advocates had an even greater opportunity to share their message.

Elizabeth Taylor once said, “It’s bad enough people are dying of AIDS, but no one should die of ignorance.” Thanks to the hundreds of HIV advocates who descended on the Hill in late March, the offices of more than 200 members of Congress are today better informed about the needs and priorities of people living with HIV and what is required to end the epidemic. Knowledge is powerful.

Click here for even more pictures from the 25th anniversary of AIDSWatch.