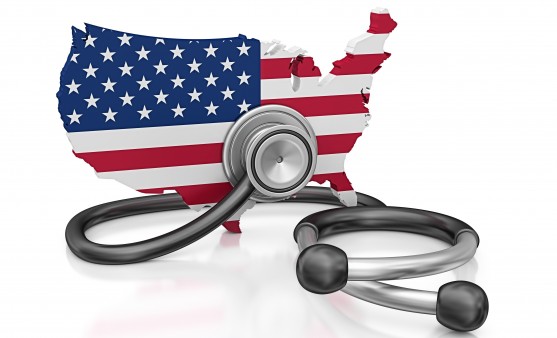 Advocates decry the bill as a setback for people living with HIV.

The U.S. House of Representatives passed the American Health Care Act (AHCA), with the support of 217 Republicans and no Democrats; 213 lawmakers, including 20 Republicans, voted against it. The GOP bill, which aims to repeal and replace the Affordable Care Act (a.k.a., Obamacare), now heads to an uncertain future in the Senate.

Immediately after the vote on May 4, AIDS organizations began issuing statements condemning the bill, spelling out the meaning of the legislation and rallying the HIV community to oppose it. Below is a roundup of trimmed-down responses with the newest ones at the top. Click on the organization’s name to read the full statement, check back here for regular updates.

“I am disappointed that the House of Representatives just passed a health care bill that will ultimately be extremely harmful for millions of Americans,” said James M. Friedman, AAHIVM executive director. “What’s most troubling is they passed this bill without any data from the Congressional Budget Office. It’s obvious that this rush to judgment is just to satisfy a purely arbitrary deadline based on their vacation schedule and political perception. However, for people living with HIV, this has very real consequences.”

If enacted, the bill would stand to harm to people living with pre-existing conditions, such as those with HIV or hepatitis C, by allowing insurance companies to go back to pre-ACA rules and charge people higher premiums because of their health status. It will also permit states to waive Essential Health Benefits requirements, meaning that insurers will no longer be required to provide the services people living with and at risk for HIV and hepatitis C need to stay healthy, including prescription drugs, mental and behavioral health services, and preventive services.

“Reason and compassion have been replaced by politics and egos,” stated Margaret Hoffman-Terry, MD, chair of the AAHIVM Board of Directors. “The president promised better health care at less cost. The bill that the House of Representatives just passed will deprive many of my patients of their health care benefits and protections, while at the same time charging more. This is a monumental step in the wrong direction.”

“The role of any democratically elected government is to improve the lives of the people that it serves,” Friedman added. “In the words of Hippocrates, the job of healthcare is to ‘First do no harm.’ It seems to me that tens of millions of people losing health insurance is doing a lot of harm.”

“We are disheartened by today’s passage of the American Health Care Act by the U.S. House of Representatives and deeply concerned about its negative impact on patients with HIV,” said HIVMA chair Wendy Armstrong, MD. “The AHCA dismantles key health reforms that have been pivotal to ending discriminatory practices that previously locked patients with HIV out of the individual insurance market and that guaranteed access to coverage for key services, including prescription drugs and mental health and substance use treatment. The bill’s retreat in supporting health care access under Medicaid for individuals who are low income and disabled stands to do the most harm, particularly to the 42 percent of patients with HIV who count on the Medicaid program. HIV is an infectious disease, and we know that ‘treatment is prevention.’ In other words, the best way to prevent HIV is to keep in care and on treatment those who are infected. By decreasing access to HIV care and treatment, the AHCA may worsen the HIV epidemic in the United States at a time when new infections were beginning to go down.

“We urge the Senate to reject the AHCA and work to improve rather than worsen access to health coverage and health care through meaningful interventions that will stabilize the individual health insurance market and that maintain our nation’s federal commitment to the Medicaid program. Our country cannot be great if we do not make it a priority for everyone, including persons with HIV, to have access to health care.”

The AHCA’s reliance on so-called “high risk pools” would fail to make up for the loss in coverage. High risk pools have historically failed to provide affordable, quality coverage for people living with HIV and other preexisting or chronic conditions. The extra $8 billion provided by the AHCA to support high risk pools is not sufficient to prevent waiting lists, limits on eligibility, and limits or caps on care and medications.

“How ironic that the American Health Care Act moves us backwards in our fight to end AIDS, just when developments in both prevention and treatment have made ending the epidemic a realistic and realizable goal,” said Nashville CARES’ CEO Joseph Interrante. “We are extremely disappointed in the members of the Tennessee delegation who voted for this bill and thereby condemned the 200,000 Tennesseans who had gotten access to care through the ACA to, at best, an uncertain future.”

A last-minute amendment to the bill providing a small amount of additional funding to help offset the insurance costs of people with pre-existing conditions is woefully inadequate and does nothing to mitigate the harmful impact the bill would have on vulnerable populations.

If passed, this bill would:

If the deadly bill is signed into law in its current form, hundreds of thousands of Alabamians — and millions of Americans — will face discrimination for their age, gender, and/or pre-existing conditions when they shop for health insurance.

Alex Smith, director of policy and advocacy for AIDS Alabama, stated: “As a person living with HIV, this bill poses a direct threat to my health and my ability to remain virally suppressed, which helps ensure a long, healthy life and eliminate the risk of transmission.”

“At AIDS Alabama, we are disheartened that the US House of Representatives has passed the American Health Care Act, a piece of legislation that takes health coverage away from the country’s most vulnerable citizens,” added the group’s CEO, Kathie Hiers. “FDR once said, ‘The test of our progress is not whether we add more to the abundance of those who have much; it is whether we provide enough for those who have too little.’ Clearly the politicians who voted for this bill are not concerned about the millions of people who will lose the chance to live healthy, independent lives.”

The AHCA has the potential to take people living with HIV back to the days when they were denied insurance coverage or could not afford the coverage offered. High-risk pools have repeatedly failed to provide affordable, quality coverage for people living with HIV and other pre-existing or chronic conditions. Coverage in high-risk pools often has excessively high premiums, deductibles and co-pays along with limitations on needed drug coverage and care. The extra $8 billion provided by the AHCA to support access to insurance through high-risk pools is not sufficient and will result in under-capitalized pools, years-long waiting lists and limits on eligibility. This will ultimately cost the United States more money in future hospitalizations and other expenses.

“The American Health Care Act would be disastrous for people living with HIV, potentially causing unnecessary illness and death, and moves us away from the national goal of ending the HIV epidemic,” said AIDS United president and CEO Jesse Milan Jr. “We are extremely disappointed in the legislators who voted for this bill and who ignored the will of most Americans and the voices of people living with HIV. We will work to ensure that constituents have all the facts to hold their elected officials accountable.”

As women living with HIV, including women of trans experience, many of us know all too well the fear, dread and uncertainty of not having access to the health care coverage we need just to survive, let alone thrive. We are outraged that House Republicans today passed cruel legislation intended to dismantle health care for millions of low-income and middle-class Americans in order to give more tax breaks to the richest. Further, this happened on the same day that Trump signed a sweeping executive order that would legalize violations of women’s reproductive rights and discrimination against LGBTQ communities. We understand that these attacks on our communities are absolutely interconnected.

We know that our community is heartbroken and afraid. We worked hard to defeat this legislation. Thank you to all of our members and allies for making phone calls, meeting with legislators and showing up at protests. We lost this round.

But this was one battle, not the war. The so-called “American Health Care Act” (AHCA) as written faces an uphill battle in the Senate—and we will fight it every step of the way, vote by vote, to prevent this catastrophic House vote from denying us the care we depend on. Now is the time to regroup, get smarter, and fight harder. We are committed.

If passed by the Senate, the AHCA will:

We are right to be furious, outraged, and heartbroken when our elected representatives clearly show us that our lives, dignity, and health do not matter to them. Now let’s turn that into action on the ground and at the ballot box.