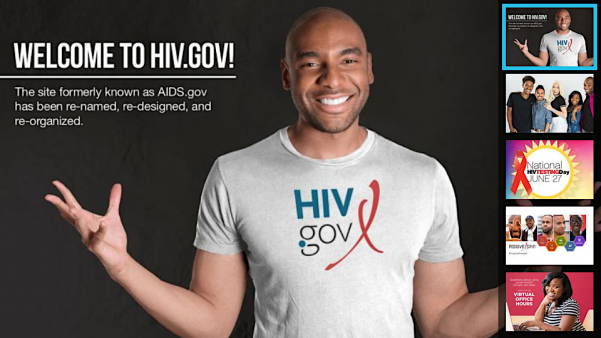 A screenshot from HIV.gov Courtesy of HIV.gov

The new name—HIV.gov—reflects scientific advances. Plus, in the United States, more people are living with HIV than with AIDS.

AIDS.gov, the U.S. government’s main source about the AIDS epidemic and HIV, is now HIV.gov, announced the Department of Health and Human Services (HHS) in a June 5 press release.

The name change coincides with what is considered the beginning of the epidemic. On June 5, 1981, the Centers for Disease Control and Prevention published an article about a then-mysterious illness that was killing gay men in its Morbidity and Mortality Weekly.

Today’s epidemic is much different from 36 years ago, and the shift to HIV.gov reflects this. Scientific advances have transformed a once-fatal disease into a diagnosis that, with proper treatment, doesn’t always advance to AIDS. In fact, according to the HHS, more people in the United States are living with HIV than with AIDS.

“Much progress has been made in HIV/AIDS research since the disease was first recognized in 1981. Today, lifesaving antiretroviral therapies allow those living with HIV to enjoy longer, healthier lives—an outcome that once seemed unattainable,” said Anthony S. Fauci, MD, director, National Institute of Allergy and Infectious Diseases, in a press release. “The website AIDS.gov has been a valuable resource for those seeking information about HIV/AIDS, and its name change to HIV.gov appropriately reflects our evolution in transforming the pandemic, even as work remains to bring about an end to HIV.” 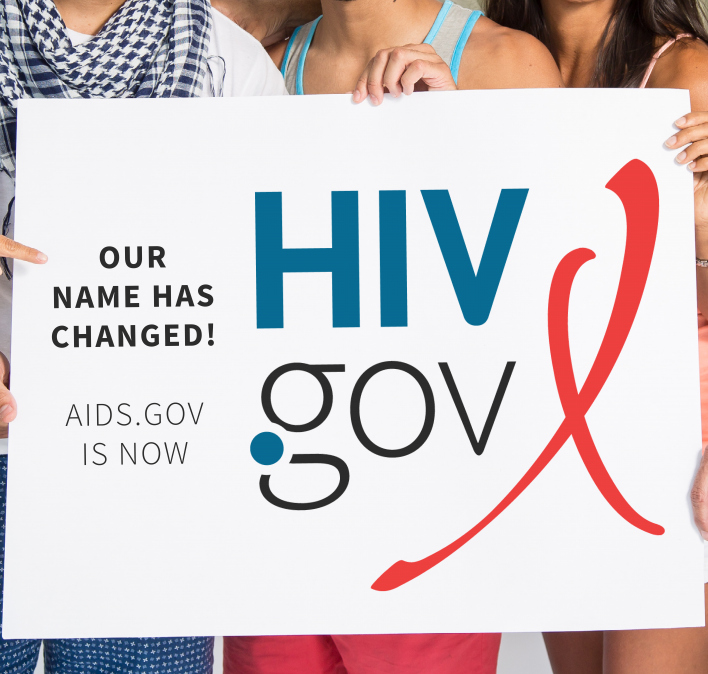 The new logo for the newly named HIV.govCourtesy of HIV.gov

Although new infections fell nearly 18 percent between 2008 and 2014, about 1.1 million people in the United States are estimated to be living with HIV. Last year, more than 8 million people used AIDS.gov and its social media channels.

“We’ve made important progress in the fight against HIV and AIDS in the United States. These improvements are the hard-won result of decades of work on the part of advocates, health care providers, researchers, the federal government—and many others—but our work is not done,” added Richard Wolitski, PhD, director of the HHS Office of HIV/AIDS and Infectious Disease Policy. “The newly named website will bring people helpful, timely information to support our collective efforts to sustain and advance our progress in this fight.”

Today’s name change was first announced on World AIDS Day, December 1, 2016. You can read that POZ web exclusive, which explains why the switch was needed, here.

And for a discussion about using the terms “HIV” and “AIDS,” read the POZ exclusive report “Is It Time for the End of ‘AIDS’?”