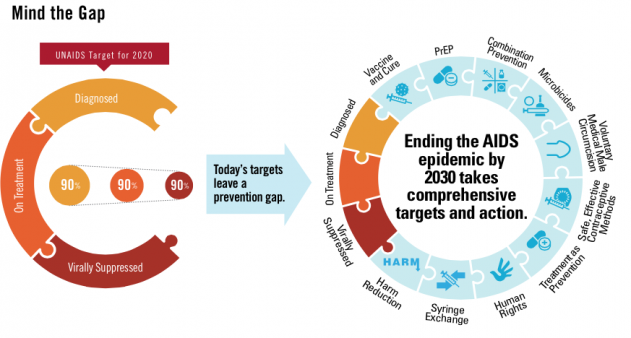 HIV Prevention on the Line

In our latest report, AVAC Report 2014/15: Prevention on the Line, we provide a clear agenda for what needs to happen, what’s missing, and why it matters now more than ever before.Specifically, we argue that:

Recent breakthroughs in HIV research have transformed the ability to curb new infections, making it possible to contemplate the end of the global AIDS epidemic. But prevention could be left behind if global leadership fails to make it a priority.Recently, UNAIDS issued broad goals for HIV testing, ART provision and virologic suppression over the next five years. According to the agency, achieving these “90-90-90” goals would put the world on track to effectively end the AIDS epidemic by 2030. 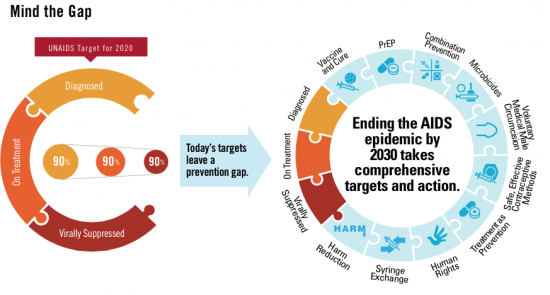 On the prevention front, UNAIDS seeks to reduce new infections worldwide from 2.1 million in 2013 to 500,000 in 2020, and to eliminate stigma and discrimination. These are ambitious goals and worth aspiring to. But something important is missing from the picture—intervention-specific targets with the specificity, strategy and resources to match. The goal is great. What’s missing is how to get there.In twenty years, we will have ample hindsight as to whether today’s targets mattered in the quest to end AIDS.But right now, foresight and focus are urgently required. We’re concerned about whether the targets that have been set are the right ones, how much targets matter—particularly in the context of a global response running at a disastrous funding deficit—and where prevention targets other than those focused on the antiretrovirals in HIV-positive individuals—fit in. We’re also cognizant that targets can turn from audacious to absurd in the blink of an eye if financing, political will and community buy-in are missing.AVAC works in coalitions in many of the countries hardest hit by the epidemic. Targets that are developed Geneva, Washington DC and other corridors of power can bear little resemblance to the realities of AIDS endemic countries and communities. Where there’s no reality, there’s no relevance. It’s essential that countries have the technical and financial resources to make global targets relevant to national context. Otherwise, the loftiest goals will be ignored.As we argue in this Report, targets have played a critical role in changing the course of the epidemic. Likewise, a poorly-thought out target can have no impact at all. Right now, it’s critical that targets and tactics are matched to the lofty but achievable goal of bringing an end to AIDS. This is why we’ve devoted the first section of the Report to a look at why targets matter, what targets are missing, and how advocates for a comprehensive response need to work together to ensure smart, strategic targets across the spectrum of prevention options.We also focus on issues that underpin (and, sometimes, undermine) the ability to meet these targets. We identify three specific areas for action: