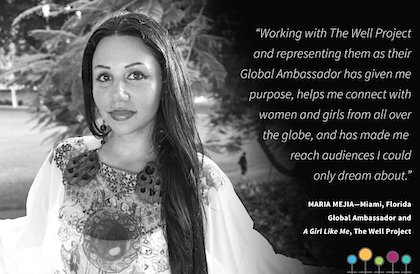 Maria Mejia started a petition to get a real AIDS specialist on “Real Time with Bill Maher.”

In case you missed it, HBO talk show host Bill Maher hosted an AIDS denialist on a recent episode. Not just any quack, but Samir Chachoua, the so-called doctor who claims he not only cured Charlie Sheen of his HIV, but even injected Sheen’s blood into his own body—an act that Maher described as “confident.”

This could have made for educational and entertaining television, except that Maher gave airtime to Chachoua without challenging any of his story. In other words, he let Chachoua promote his “goat milk virus cure” (or something like that; for details, watch the interview at the end of this post). Chachoua was also allowed to claim he won a lawsuit against Cedars-Sinai Medical Center in Los Angeles regarding his HIV cure.

Just to clarify: There is no cure for HIV (yet), and taking daily antiretroviral medication can save the life of someone who has the virus.

ACT UP activist Peter Staley dug up facts about the lawsuit and posted his finding on Facebook, writing:

The $10 million case that “Doctor” Sam Chachoua claims he won from L.A.’s Cedars-Sinai Medical Center was another lie he told to Bill Maher. The court immediately reduced the “breach of contract” damages to $11,250 (in 2001). Cedars then successfully sued for recovery of their own court costs, in excess of that amount, and Chachoua started missing court dates after that. His own lawyer quit the case at that point. Cedars never paid him a dime.

Another activist isn’t content with just getting out the facts. Maria Mejia of Miami, who has lived with HIV for 27 years, started a petition on Change.org asking for Maher to host a real HIV expert on his show. The petition is addressed to the CEO of HBO, the president of programming for the company, and the producer of Real Time with Bill Maher.

Best of all, Mejia, who is one of the 2015 POZ 100, uses her own story of living with HIV as a way to advocate in her letter. She writes:

In 1989, at age 16, I was infected with HIV. It was a time when HIV was a death sentence. But thanks to my HIV medication—the very ones Chachoua told the world are poison—I am a healthy 42-year-old. This almost didn’t happen. As a vulnerable teen, I was in denial about my diagnosis and sought natural cures. I was even made to believe that my own urine could heal me. I was desperate, and misinformed.

I’m calling on Bill Maher to invite an HIV medical expert onto his show, who can counter Sam Chachoua’s false and dangerous claims.

Millions of people around the world live full lives because of advances in HIV medication. Sam Chachoua wants them to stop taking them and drink goat’s milk instead. This misinformation on a global platform such as HBO will reach vulnerable people dealing with HIV, people who trust Bill Maher because he has made a career out of calling out science denialists. But this time, he has enabled one and it could cost people their money, health, and lives.…

We need to speak up and not let 30 years of research and hard work go down the drain. Tell Bill Maher to bring a real HIV expert and researcher onto his show. Please sign and share my petition. Together, we can save lives and give true hope to those who have lost it.

To read her entire letter and to sign the petition, click here. And you can watch the Real Time with Bill Maher segment below.