How can we convince the blood-brain barrier to let meds in and keep HIV out?

I see the body through a crack in the autopsy room door, lying on the stainless-steel bier, half covered by a faded blue sheet. His face -- once vibrant -- is now still, the eyes in an intense stare as if transfixed by something on the ceiling. Bulging from the door rack is his chart, with an autopsy permit and hastily scribbled note clipped to its worn manila cover: "Forty-year-old white male landscaper. History of colds and mild weight loss attributed to long work days in damp weather until hospitalized for pneumocystis carinii pneumonia (PCP) in 1994. CD4 160, severe hypertension. Placed on AZT and antihypertensives. Improved. Added Epivir in 1995, Crixivan in 1996. Counts increased, viral load dropped. Developed acute-onset renal failure. Also memory problems. Possible early HIV-1 dementia. What about the brain?"

That’s a good question, not just for this late landscaper, but for anybody with HIV -- including me. What about the brain? As expected, treatment failures are beginning to dampen exuberance over protease inhibitors, and bigger problems may loom. What will happen if multidrug therapy prolongs life but fails to stop virus lurking in the shadows of the brain? Will the miracle of longevity -- a seemingly hopeless fantasy for people with HIV not so long ago -- be rendered meaningless by an increase in late-onset dementia?

After donning layers of protective garb, I approach the corpse’s head. And with a slash of the scalpel, ear to ear, I cut through the once-admired hair and peel the scalp forward, draping it to shield myself from his staring eyes. Invading the skull -- peering into the temple of the brain -- always leaves me in awe. For within its fleshy folds lies the very mystery of our souls. But there is something unnerving about entering this particular temple. Perhaps it’s the memory of an AIDS autopsy that I performed years ago, when the slip of a scalpel exposed my blood to the virus, and, in an instant, shoved me from the ivory-tower life of a neuropathologist into the perilous underworld of an HIV patient. Or maybe I’m fearing the future. This man’s fate might someday be mine: If the virus slips into my brain and silently begins its destruction, it could take years to discover.

It has long been apparent that HIV can invade the brain early. During the weeks immediately following infection, about five percent of patients develop meningitis -- inflammation of the brain’s coverings -- and traces of HIV can sometimes be found in their cerebrospinal fluid before it shows up in their blood. Recent studies have also found the virus (or its antibodies) in the brain and cerebrospinal fluid of the asymptomatic.

Though the route of entry is uncertain, many researchers support the “Trojan Horse” theory: As a stowaway in circulating monocytes (patrolmen of the immune system), HIV is able to sneak past checkpoints in the blood-brain barrier -- a cellular fence around the brain’s blood vessels that keeps large blood-borne molecules from entering. Once inside, HIV begins a slow sabotage of cells, perhaps triggering the release of neuron-damaging toxins. As with Alzheimer’s disease, symptoms from minuscule nerve-cell loss develop slowly over the years, masked by the brain’s reserve capacity, as well as its impressive ability to compensate for minor indignities. In the pre-protease days, AIDS patients died from opportunistic infections before their intellectual decline became noticeable. Others developed subtle memory loss. And about 20 percent developed HIV-associated dementia as a late complication.

Perhaps that’s the case with the man whose skull I’m about to saw open, in search of clues that his brain may hold about the course of his HIV infection and; by implication, the course that may await the rest of us. I recall the note: placed on AZT. Added Epivir in 1995, Crixivan in 1996. Cautiously, I cut the brain stem, releasing the brain from the quiet safety of its sanctuary; I wonder if his drugs ever infiltrated it. I marvel at the irony that while HIV has no trouble sneaking past the border patrol of the blood-brain barrier, the drugs that supposedly fight the virus have failed to build their own Trojan Horse.

Most HIV medications, including DDC, DDI, 3TC, Saquinavir and Ritonavir, don’t cross the blood-brain barrier reliably. d4t crosses sluggishly and AZT’s track record is only slightly better, with approximately 20 percent to 25 percent penetration. Thus, it’s not surprising that many studies have shown that standard doses of AZT do not protect against dementia, even though early research reported that treatment with high doses of AZT improved cognitive function in the demented.

Even more disturbing are recent findings from the NIH and Johns Hopkins University that patients with undetectable viral loads after a year on a protease inhibitor (as part of highly active antiretroviral therapy -- “HAART”) still have apparently replicating HIV in memory CD4 cells. And this may be worse in the brain: In another study, HAART was administered to a patient with HIV-associated spinal chord damage, and while it reduced the plasma viral load below detection limits, it failed to reduce it in the central nervous system -- which, of course, includes the brain. Troubling? Very much so, since it suggests that even if HAART has reduced your viral load to undetectable levels, you could still have HIV-related damage in the brain that might emerge unexpectedly years later.

The good news is that HIV in the brain doesn’t necessarily mean the worst -- the virus eventually enters the brains of most patients, but only a fraction develop dementia. And many patients with significant HIV in their brains or cerebrospinal fluid exhibit no signs of dementia.

Other factors are clearly involved, most likely certain proteins made and released by immune cells in response to HIV infection. In addition, viruses like CMV and herpes have also been found in the brains of demented patients. All of this indicates that prevention of dementia may require drugs that stop not only HIV but also co-conspirators and toxins unwittingly produced by our own cells. Fortunately, such drugs are already available, and others are in development.

But promised help comes too late for the man who lies before me. I carefully lift the brain from the skull and lower it into a bucket filled with formaldehyde, where it will pickle for two weeks. Then, I’ll section the brain, turn on the microscope and search the labyrinth of his mind for HIV. The findings -- an epilogue -- will perhaps bring closure to the final chapter of his life. And, in a sense, they will become part of our life story -- at least, those of us with HIV. What we learn from his brain may help us protect our own. For there is hope. Recently approved drugs like nevirapine (Viramune) -- and others currently in clinical trials, such as 1592 (abacavir) and 141W94 -- manage to make it past the brain’s sentries, and promise better control of HIV there. A new study suggests that more Crixivan enters the brain than previously thought. Most important, research into the multifaceted causes of HIV-associated dementia continues.

The word autopsy means “to see for oneself.” With HIV, I guess I have -- from a vantage point much closer than I’d intended. The neuropathologist in me, exploring the hidden recesses of the brain, sees the ravages of AIDS; the patient in me sees the urgent need to stop it; the pharmacology PhD in me, cautious about new developments and concerned about the blood-brain barrier, sees the difficulty in delivering drugs that will. But maybe now, in this new era, we are starting to ask -- and are on our way to answering -- the ultimate question: “What about the brain?” 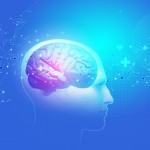 Nanoparticles May Transport HIV Meds to the Brain

The Brain as the Ideal Reservoir for HIV, Foiling Eradication Attempts