The Documentary bookstore features nonfiction DVDs about HIV/AIDS. Films are listed in alphabetical order by title. Click the title to read more about each film. Missing your favorite film? Click here to send us your recommendations. 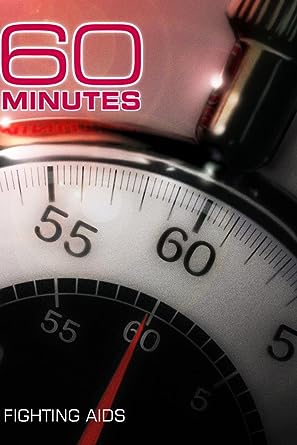 Since leaving office and re-structuring his life, Bill Clinton has taken up what some would consider even bigger causes, like eradicating AIDS. 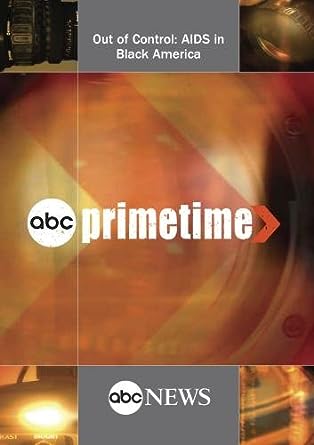 ABC News Primetime Out of Control: AIDS in Black America

Out of Control: AIDS in Black America is the first national network television news documentary on the AIDS epidemic among African Americans--- an epidemic that is spreading fast, but that has attracted little consistent attention from leaders in public health, politics, or religion. In interviews with AIDS activists, doctors, and people on the front lines of the epidemic, Out of Control: AIDS in Black America paints a sobering and shocking portrait of the disease, and the failure of leadership that has allowed the epidemic to spiral into a crisis in small towns and inner cities across the country.

This upbeat documentary is an exploration of how those living with an HIV-positive diagnosis manage in the face of what is widely considered to be a death sentence. The stories of these twelve diverse individuals, who range from gay men to blood-transfusion recipients and heterosexual couples, are told in a direct fashion largely through interviews. The interviews are occasionally amplified with narration provided by the director, himself living with being diagnosed HIV-positive. 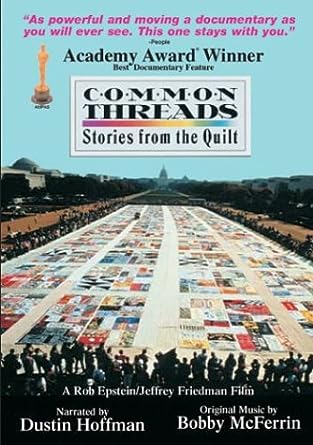 As of 2004, a variety of drugs have been developed to resist, if not cure, AIDS—yet Common Threads: Stories from the Quilt remains as emotionally powerful as it was during the height of the crisis, when people were dying by the thousands every year. With a combination of photo-montages, interviews with friends and family members, home movies, and news footage, this 1989 documentary captures the grief of those who have survived victims of AIDS. It’s wrenching to hear the mother of a hemophiliac boy describing giving him blood transfusions in the middle of the night, or seeing pictures of a former Olympic athlete with the daughter he fathered with a lesbian mother, or hearing a Naval officer describe his relief when he learned that he, like his dead lover, had the virus--that the stress of waiting was over. A moving combination of art and politics. 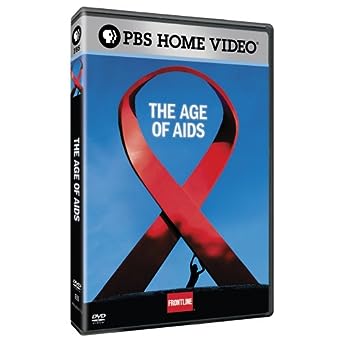 On the 25th anniversary of the first diagnosed cases of AIDS, FRONTLINE examines one of the worst pandemics the world has ever known in The Age of AIDS. 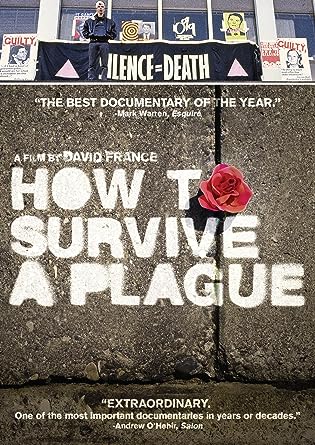 How to Survive a Plague
Director: David France

The story of two coalitions—ACT UP and TAG (Treatment Action Group)—whose activism and innovation turned AIDS from a death sentence into a manageable condition. Despite having no scientific training, these self-made activists infiltrated the pharmaceutical industry and helped identify promising new drugs, moving them from experimental trials to patients in record time. With unfettered access to a treasure trove of never-before-seen archival footage from the 1980s and ’90s, filmmaker David France puts the viewer smack in the middle of the controversial actions, the heated meetings, the heartbreaking failures, and the exultant breakthroughs of heroes in the making. 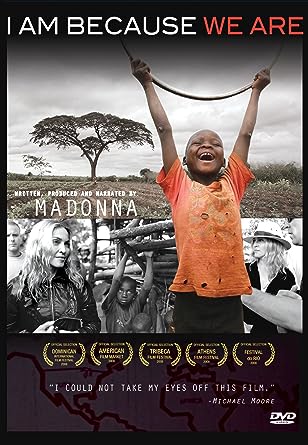 I Am Because We Are
Director: Nathan Rissman; Starring: Bill Clinton, Madonna, Desmond Tutu, and Jeffrey D. Sachs

In the African nation of Malawi, disease, poverty and famine have taken a horrible toll, especially on young people -- in a country of twelve million people, one million are orphaned children. In 2006, pop singer Madonna began studying the crisis in Malawi, and decided to use her wealth and celebrity to help; she helped finance the construction of a home for orphans, founded a relief organization called the Raising Malawi Orphan Care Initiative, and as a personal example she and her husband adopted a boy from Malawi, David Banda Mwale, whose mother had died. Now, Madonna has written and produced I Am Because We Are, a documentary about Malawi that attempts to demonstrate at the need for action by profiling eight children growing up without parents; these youngsters long for a better life and strive to remain optimistic about the future despite the long odds fate has set against them. I Am Because We Are also features interviews with a number of people working to alleviate the ongoing tragedy in Malawi, including Bill Clinton, Bishop Desmond Tutu, Prof. Jeffrey D. Sachs, and leaders of a number of leading relief and charitable organizations. I Am Because We Are received its North American premiere at the 2008 Tribeca Film Festival. 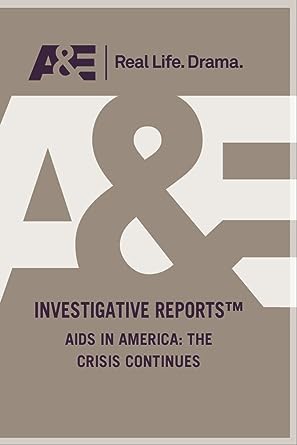 Many Americans hold the misguided idea that the AIDS crisis has largely passed, that the disease is now manageable and a cure is coming. Unfortunately, it is just this belief that is fueling a new wave of cases as the epidemic spreads. INVESTIGATIVE REPORTS interviews doctors, social workers and AIDS patients from every demographic to show the real face of the disease today. With a million Americans currently HIV Positive, and a growing number of them not responding to the latest drug therapies, the medical situation stands in stark contrast to the complacency documented in communities across the nation. By tracing the path of one medication--Calanolide A--AIDS In America shows the hope and disappointment that accompanies every possible breakthrough. And by talking to those at the front line of the ongoing fight, a disturbing picture of a disease and people’s views of it emerges. Now, more than ever, AIDS is not a “gay,” “junky,” or “minority” disease; it is a threat to everyone who is sexually active. 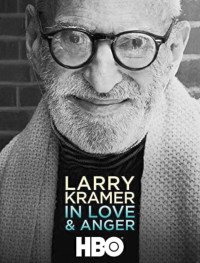 Author, playwright and AIDS activist Larry Kramer is the focus of this portrait of one of the most important figures in gay America.. 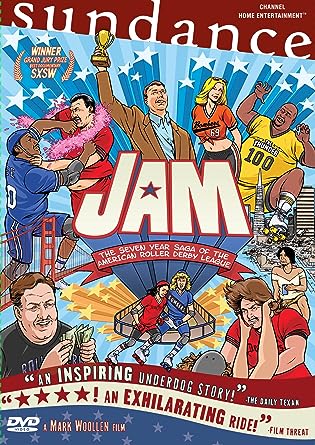 The title of Mark Woollen’s documentary Jam is slang for a roller derby match, and though many mistakenly believe that this craze died a rapid death after the late ’70s, Woollen and co. use screen time to demonstrate otherwise. The film explores the half-decade-long effort of the Frisco-based American Roller Derby Association to keep itself afloat, via the concerted and diligent efforts of its members. Woollen profiles several of these individuals, most of whom are middle-aged, eccentric, colorful and flamboyantly gay; subjects include: Streisand-digging member Dan Ferrari, who claims that he would place a roller derby match before a luxury cruise; Alfonso Reyes, a player with 32 years of experience behind him who once turned tricks for $100 per on the streets of San Francisco, then moved in with the same partner for nearly two decades; and ARDA president Tim Patten, afflicted with HIV for nearly 25 years but insistent on pouring all of his personal money into the organization. The main gestalt of the narrative involves Patten’s recruitment and assembly of a seasoned team of players, and his decision to promote the team’s doings on the internet - amid a rapidly deescalating number of fans. 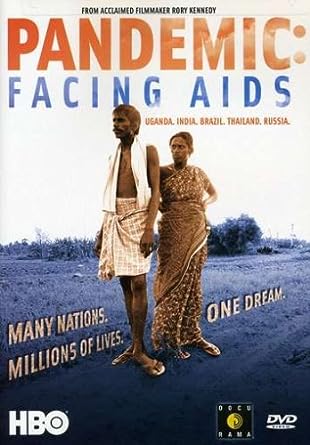 Covers the key aspects of the world AIDS epidemic through powerful documentary stories about five victims and their communities, on five continents. 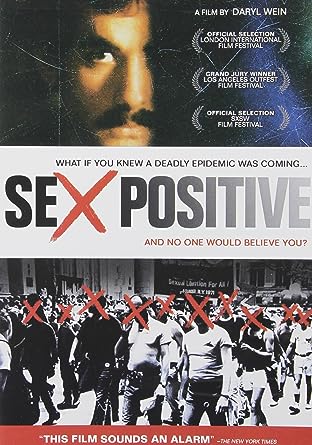 Explores the life of Richard Berkowitz, a revolutionary gay S&M sex worker turned AIDS activist in the 1980s, whose incomparable contribution to the invention of safe sex has has never been aptly credited. 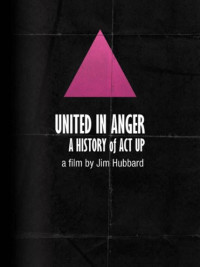 “United in Anger: A History of ACT UP”

United in Anger: A History of ACT UP

United in Anger: A History of ACT UP is a unique feature-length documentary that combines startling archival footage that puts the audience on the ground with the activists and the remarkably insightful interviews from the ACT UP Oral History Project to explore ACT UP (the AIDS Coalition to Unleash Power) from a grassroots perspective. 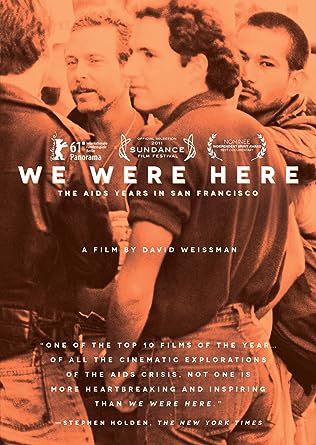 We Were Here
Director: David Weissman

The first documentary to take a deep and reflective look back at the arrival and impact of AIDS in San Francisco. It explores how the city’s inhabitants were affected by, and how they responded to, that calamitous epidemic.