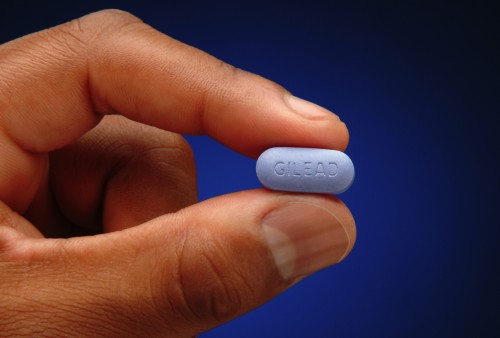 A $3.4 million grant funds research about the HIV prevention pill in Milwaukee and Cleveland.

Compared with people living along the coasts in the United States, those who are at risk for HIV and living in Midwestern cities are not as aware of the HIV prevention regimen called PrEP (pre-exposure prophylaxis). A $3.4 million research grant aims to figure out how to change that.

As Shepherd Express reports, a five-year grant from the National Institutes of Health was awarded to Jeffrey A. Kelly, PhD, and Yuri A. Amirkhanian, PhD, two professors of psychiatry and behavioral medicine at the Medical College of Wisconsin’s Center for AIDS Intervention Research (CAIR).

Currently, the only PrEP regimen approved by the Food and Drug Administration is the daily pill Truvada. When taken as directed, it reduces the risk of contracting HIV by 99 percent or more among men who have sex with men (MSM) and 90 percent or more among women. (The risk reduction for women may very well be greater than 90 percent, but there isn’t sufficient research available to refine the estimate.)

The CAIR research will focus on raising awareness of PrEP in Midwestern cities, notably among Black men who have sex with men (MSM), a population at particular risk for HIV.

The research will focus on Milwaukee and Cleveland and take place in two phases. The first phase entails talking to Black MSM and discerning their knowledge and attitudes about PrEP.

“We need to spend a long time listening to learn why PrEP uptake is pretty low,” Kelly told Shepherd Express. “Some people are not very aware of what it is. Others are aware but have concerns that it’s nothing they need because they’re not that sexually active. Others ask, Why would I take a pill when I’m healthy? There’s also a legacy of medical mistrust in minority communities. Why are they trying to get me to take pills? It goes back to the Tuskegee days. [Begun in the 1930s , the Tuskegee experiment was a government study in Alabama in which Black men with syphilis were allowed to go untreated while thinking they were getting health care]. We’re not trying to convince everyone but hoping to give them the ability to make informed choices.”

During the second phase, researchers will build the intervention and test it among the targeted populations.