A Brief Counseling Session Can Boost Adherence to PrEP

Follow-up sessions may be needed to ensure such a boost endures, however.

Providing men who have sex with men (MSM) and transgender women receiving Truvada (tenofovir disoproxil fumarate/emtricitabine) as pre-exposure prophylaxis (PrEP) with a brief counseling intervention, or pair of interventions, may increase their likelihood of adhering to the daily pill regimen. However, booster sessions may be needed to ensure that this effect endures.

Researchers from the SPARK study, which is a PrEP demonstration and implementation project conducted at a community-based health center in New York City, tested the effect of two interventions on PrEP adherence: a sexual health intervention designed to categorize PrEP as a component of overall sexual health and a PrEP adherence intervention designed to give individuals detailed information about the reasons behind the importance of daily adherence and  other concrete logistical support.

Sarit A. Golub, PhD, MPH, a professor at City University of New York presented findings from the study at the 2017 Conference on Retroviruses and Opportunistic Infections (CROI) in Seattle. 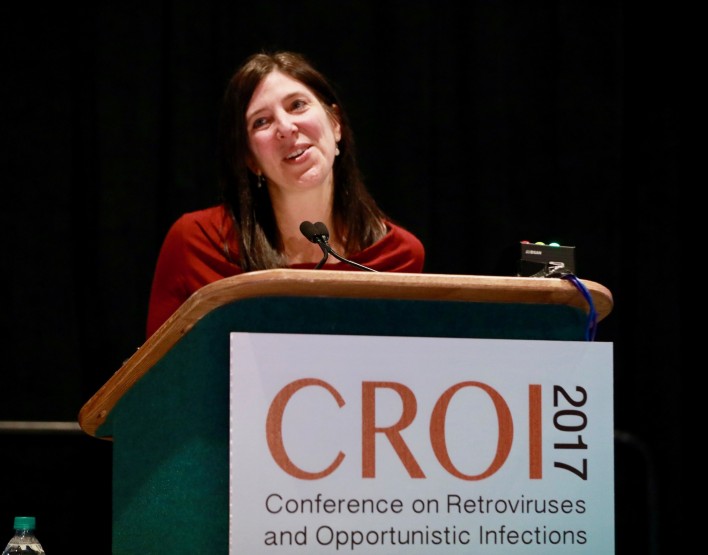 The study included 300 MSM and trans women patients of the health center who chose to start PrEP. They were between the ages of 18 and 63. Forty-nine percent of them were white. A total of 259 of them (86 percent) were still on PrEP six months into the study; those with a college degree were more likely to remain on PrEP.

At the six-month visit, 92.1 percent of those who received any intervention adhered well to PrEP compared with 85.7 percent of those who received neither. However, this difference was not statistically significant, meaning it may have been driven by chance. Those who adhered poorly at this time in the study were more likely to be Black; there were no other demographic factors associated with poor adherence.

The researchers concluded that the interventions were successful but that booster sessions might be needed to help ensure long-term adherence to PrEP, especially among those who may require additional support to buttress their adherence, such as African Americans.

“I think we often pay lip service to the idea that biomedical prevention is actually behavioral,” Golub said at CROI. “But we do not actually act to integrate this fact into research and practice.” Playing on the tendency to put the onus on those at risk of HIV to change their behavior to mitigate that risk, she stressed the need to instigate changes in health care provider behavior to get them to help buttress adherence among their patients on PrEP.