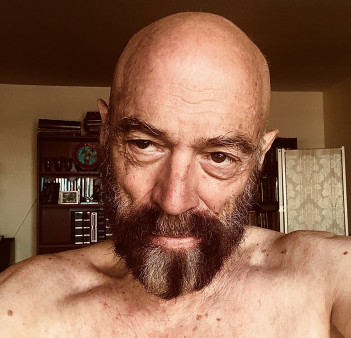 Daniel Vojir is a long-term survivor in San Francisco who has spent years giving back.

I am a very long-term survivor who is still going strong—well, at age 72, at least as strong as can be.

I hope that this missive will not be taken as just some feeble stab at self-promotion. I have read POZ intermittently in the past years, so I know that “inspirational pieces” are your stock-in-trade, and you must receive hundreds a week.

That said, I hope my story can serve to encourage both young and old to keep on surviving no matter what the odds. In my case, it’s age and a slight disability: I was born with double scoliosis, a congenital defect that wasn’t diagnosed until much later in my life due to the fact that it is visually not as detectable in me as in others.

I have lived in San Francisco for almost 46 years and have been HIV positive since 1984. Although I’m not aware of the actual statistics, I believe that I’m among the longest-term survivors in San Francisco, if not the country.

Living through the age of AIDS in San Francisco has given me a unique perspective on survival, to say the least. During those years, I wrote my autobiography, The Sunny Side of Castro Street. I volunteered for the AIDS Emergency Fund, both as client intake (1990–1993) and on the Board of Directors (1993–1996). In 1996, I developed an advertising campaign for the fund through a grant from the San Francisco Ad Club (valued at $300,000). I established An Evening of Holiday Magic for children with AIDS and their parents on the rooftop of San Francisco’s Emporium department store. For five Christmas seasons, it helped as many as 1,500 children and adults have a better Christmas.

I promoted books for local and national authors and celebrities, both in bookstores and on my syndicated radio show, Strictly Books, which ran from 1996 to 2000. I received the Jefferson Award for community service in 2005 for establishing a unique after-school program for children in San Francisco’s dangerous Bayview neighborhood. I’ve had articles and op-eds published online on the subjects of religion and politics under the pen name Reverend Dan.

I designed and currently maintain the 50 Chumasero Memorial Garden,

Needless to say, it’s been quite a life so far, and all of these accomplishments come with a multitude of uplifting—sometimes sad, sometimes humorous—stories, all of which I am willing to share. These days, my scoliosis has caused numerous problems, but I’m supported by the most loving husband in the world, who also has some serious health issues.

The Jefferson Award for community service.

Not being more community-oriented earlier in life.

Take vitamin C. I’ve taken as much as 30 grams per day when my T-cell count was low.

Mr. Art Tomaszewski, founder of Leather Walk and past board president of the AIDS Emergency Fund.

“Survive as best you can and help others to survive.”

Our cats. They’re both especially comforting in our lives.

Definitely a cat. They are independent but loving.