A new study published in the online journal eLife builds on previous findings showing that having a certain blood type can increase a person’s risk for numerous health problems, such as having blood clots, bleeding conditions, kidney stones and pregnancy-induced hypertension.

For the study, scientists scanned Swedish health registries with information on more than 5 million people. Specifically, investigators checked for associations between blood types and RhD-positive or RhD-negative blood groups and more than 1,000 diseases.

Researchers determined that 49 diseases were linked to A, B, and O blood types and one to the RhD group. The results also confirmed prior findings that showed that people with type A blood were more likely to experience a blood clot and those with type O blood were at greater risk of experiencing a bleeding disorder.

Scientists also discovered that, like women with type O blood, those with RhD-positive blood also had a greater risk for pregnancy-induced hypertension. In addition, the inquiry found that people with type B blood were less likely to develop kidney stones.

These findings “lay the groundwork for future studies to identify the mechanisms behind disease development or for investigating new ways to identify and treat individuals with certain conditions,” said Gustaf Edgren, an associate professor of epidemiology at Karolinska Institutet, a physician in the Department of Cardiology at Södersjukhuset Hospital in Stockholm and the study’s senior author.

Researchers concluded that more investigations must be conducted not only to confirm the study’s results but to determine the associations between different blood types or groups and the risk of certain illnesses. 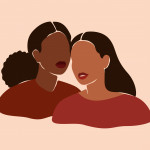 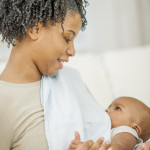