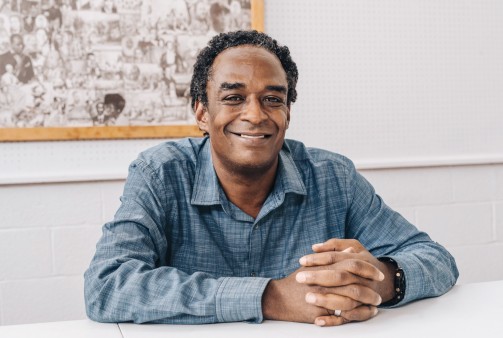 An educator and advocate wants the HIV community to have some honest conversations.

I woke up this morning thinking about the coming year, and Joan Rivers’s catchphrase “Can We Talk?” came to mind. It resonated with me because lately it seems impossible to have an open and honest conversation about certain issues. You can’t call out folks for engaging in behavior that’s detrimental without having them take it personally. The HIV community will face many challenges with the upcoming Trump administration, so it is imperative that we put some issues to rest. So I’m asking this simple question because I hope that 2017 will be the year that “Can We Talk?” becomes not just a catchphrase but also a way to engage in real dialogue.

Can we talk about HIV/AIDS and its devastating effects on all communities, but especially the Black community? Can we talk about how disappointed we are in the Black church, HBCUs, the NAACP and other organizations for not engaging in this fight on the level that they should have? Can we talk about sexuality, religion, stigma, bias and fear without condemnation and bitterness? Can we talk about these things without forcing others to give up their beliefs but by asking them to seek their humanity in understanding and seeing others? Can we have dialogue that produces tangible change without feeling as if we’ve lost something in the process? Can we talk about give-and-take and being a bit uncomfortable in engaging those different from us without having to have the last word?

Can we talk about the soft bigotry that still permeates many AIDS service organizations that continue to engage in actions and practices that have been detrimental to communities of color? Can we talk about how we expect these organizations to bring about real change and policies that increase diversity and increase the ability for our communities to finally implement policies, practices and procedures that will impact our communities in a more efficient manner and produce lasting results? Can we talk about Black heterosexual men and their lack of a voice and a seat at the HIV/AIDS table without gay men and Black women feeling slighted? Can we talk about inclusive conversations and funding without one group feeling slighted or left out? Can we talk about transgender folks and their lack of inclusion, funding and access to care by understanding our own biases and how our own actions may have led to many of the policies that have caused their pain?

Can we talk about PrEP and all its wonders but also talk about how it has failed to reach those communities that most need it? Can we talk about how PrEP campaigns have failed to use the great resources at their disposal, i.e. the amazing advocates throughout this country who know this disease better than anyone and with training and education could be the perfect ambassadors to promote PrEP to the population most impacted by new infections?

Can we talk to those who have been engaged in the fight for years and say we love you and respect you but want you to also allow those who want to shake things up a bit to sit at the table? Can we talk about how the conversation has really become stale and stifled without making our allies feel personally attacked? Can we talk about how the South has been ignored long enough and if we do not fight to bring resources and action here we will lose this fight and how we all must be held accountable for that?

I hope that we can talk because we need to act now and work together to end this epidemic. Enough is enough!