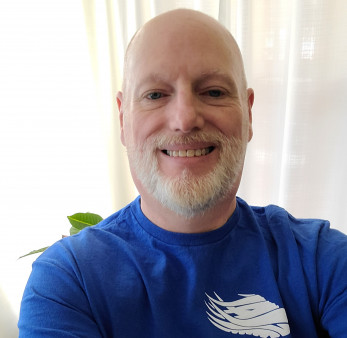 Switching HIV treatments from a daily pill to a monthly injectable has given Mike Hellman more freedom outdoors.

Mike Hellman is an outdoorsy kind of guy. These days, he’s happy that since the COVID-19 vaccine is widely available, he can get back to the group activities he loves, like yoga and kayaking. Soon, he’ll be off to a gay campground in West Virginia for the first time since the new pandemic, but he won’t exactly be roughing it. “We call it glamping because they have an inground pool and cabins,” he says. “A friend who’s a seasonal there invited me down.”

Diagnosed with HIV in 1985, Hellman, now 64, has long been involved with several HIV-related groups and boards in Pittsburgh. Because he’s finally getting back to the pastimes he loves, Hellman is a big fan of his recent switch in HIV medication—from a once-daily pill he needed to take with food to Cabenuva, the first long-acting injectable treatment. He now gets a shot once monthly at a doctor’s visit, after an introductory month of taking the formulation orally.

“For me, the switch was all about getting rid of the food requirement and having freedom again,” he says. “With summer coming, I didn’t want to be out in the middle of a lake and think, Oh, I need to go to shore to eat and take my meds.”

So as soon as Hellman heard that the Food and Drug Administration had approved Cabenuva, he told his provider—Sarah McBeth, MD, at the University of Pittsburgh’s Center for Care of Infectious Diseases—he wanted in. He checked to make sure that Pennsylvania’s AIDS Drug Assistance Program (ADAP) covered the new drug, and it did. (In partnership with federal money, state ADAPs get HIV meds to those who can’t get them any other way.)

First came the onboarding month of taking the formulation orally so that if he had side effects, they would fade out faster than if he started with the injection, which releases medication slowly over the course of a month. It went fine.

Then came his first injection, one shot into the hip flexor muscle on each side of the butt. “The first 48 hours after, I felt like I’d been on a long bike trip,” he says. “Then I was fine.”

And, Hellman adds, the brief discomfort was a small price to pay for not having to take that daily pill with food, which many oral HIV regimens today do not require. It’s not that he feels like he’s living HIV-free after 35 years. “It’s more like I’m managing it in a different way,” he says. “I don’t have to have that pill with me all the time or be near a bathroom.” Instead, he says, “the med is being released into my body on a regular basis, and I don’t have to worry about it.”

The once-monthly shot visit doesn’t bother him either. “I was in a study in the ’90s where I did an injection every day,” he says. “And I used to go in to see my doctor every month, so this just feels normal to me.”

But he acknowledges that no one regimen is right for everyone. “Talk to your physician,” he urges, “and get the down-and-dirty” on what every option requires so you can pick the one that’s right for you. “You need to be proactive. Go to your provider and advocate for yourself, say ‘Hey, this is what I want in a regimen—can you work with me on this?’”

What’s more, he notes, folks who choose Cabenuva have to be as committed to making that monthly doc visit as others are to popping that daily pill. “You have to be very regimented about it,” he says.

Beyond that, he adds, it’s all about living your best life—something that, after 36 years living with HIV, the recent med switch has uniquely liberated him to do. 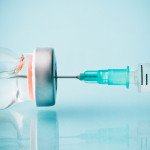 Picking an HIV Treatment for You 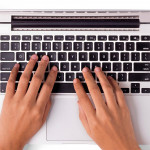 Tips for Picking Your HIV Treatment