Changes in Alcohol Use Linked to Coronavirus Lockdowns

Those who reported either an increase or decrease in imbibing were more likely to experience stress and anxiety.

Public health experts suspected people might eventually use alcohol to cope after the coronavirus crisis triggered restrictions on their mobility. But now new findings published in the journal Frontiers in Psychiatry reveal that one in four adults changed how often they drank almost immediately after stay-at-home orders were issued, reports Washington State University (WSU) Insider.

For the study, WSU researchers surveyed more than 900 sets of twins listed in the Washington State Twin Registry from March 26 to April 5, shortly after officials announced stay-at-home directives. Scientists focused on twins to determine whether genetic or shared environmental factors affected alcohol use and mental health.

Results showed that 14% of respondents reported drinking more alcohol than the week prior and confirmed feeling more stressed and anxious. But the link between changes in individuals’ use of alcohol and stress and anxiety were minimal and possibly affected by familial and population group factors.

In addition, scientists noted that the 11% of people who reduced their drinking also experienced increased levels of stress and anxiety compared with those who consumed the same amount of alcohol. This suggested that a change in alcohol use might be linked to mental health problems.

While researchers didn’t examine why such a link existed, Ally Avery, a scientific operations manager at WSU Elson S. Floyd College of Medicine and lead author of the twin study theorized that these individuals might have been social drinkers who were missing out on getting together with friends for drinks as a result of lockdowns.

The immediate effect of the stay-at-home orders on people’s drinking habits “shows the need to make sure there is more mental health support,” Avery said.

Another recent study found that adults reported drinking 14% more alcohol during the nation’s coronavirus epidemic, with heavy drinking (consuming four or more drinks within a few hours) increasing 41% among women. Researchers involved in this inquiry also concluded that excessive alcohol use could lead to or worsen existing mental health problems, such as anxiety and depression.

Scientists are concerned and plan to poll this group after lengthier periods to determine whether the escalation in drinking continues and becomes a greater cause for concern.

Click here to learn how substance use disorders are linked to an increased risk of COVID-19. 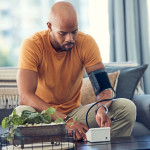