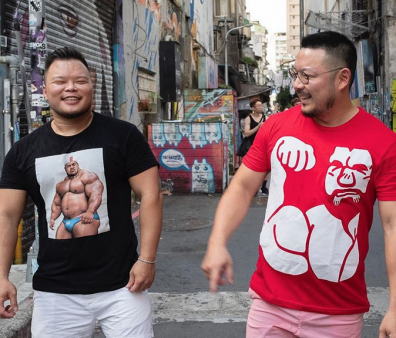 A scene in Taipei Instagram/@kazviju

Take a closer look thanks to photographer and Visual AIDS artist Kaz Senju.

In the June issue of POZ, we highlighted a collection of LGBT-related books for Pride. One was Shinjuku Story Vol. 2, a photography book by visual artist Kaz Senju. The images document Tokyo’s Shinjuku Ni-chome neighborhood, which boasts nearly 350 gay and lesbian bars, most of which are “the size of a walk-in closet and seat only four to 10 people,” according to Senju.

Those photos left us wanting to know more about Shinjuku and how HIV fits into the scene there, so we emailed the New York City–based artist, who has been traveling throughout Asia. You can learn more about his work at KazSenju.com/books and by following his Instagram @kazviju (we include a few of his posts and photos throughout the interview below). 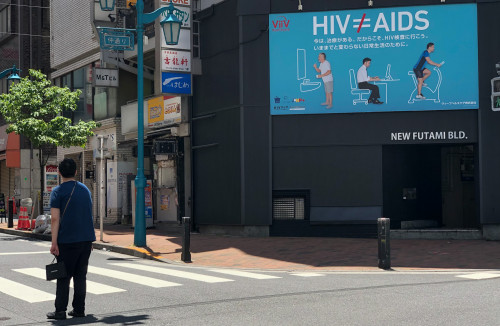 An image from the main corner of Shinjuku Ni-chome, the gay area of TokyoCourtesy of Kaz Senju

Before we chat about the Shinjuku Story images, tell us about your current photography projects. For example, when I scrolled through your Instagram, I noticed that a lot of images are from Taipei.

During the book signing event for my previous photo book, Shinjuku Story, I received comments that the gay scenes I captured in Tokyo have many stocky men, which surprised the audience in the United States, which has the impression of Asian gay men being skinnier or feminine. My new project is capturing different parts of LGBTQ communities in Asian cities to change that stereotyping.

In a photo from Shinjuku Story Vol. 2, I noticed a box of condoms displayed at one of the bars, and another image included an HIV center. How prominent are HIV prevention and awareness efforts in Tokyo’s LGBT scene? What about in Taipei?

Every gay and lesbian bar in Shinjuku has a box of free condoms in the bathroom or at the bar counters. This free condom distribution is a part of the activities by AKTA Community Center in Shinjuku, Tokyo. They have dozens of volunteers or “delivery boys” who walk around Shinjuku, giving away free condoms and information about free and anonymous HIV testing. AKTA has been a part of the LGBTQ community in Tokyo for over 17 years, providing critical support for HIV-positive people and various prevention programs.

In Taiwan, there was a data leak, exposing the names of HIV-positive people. The list was from 2007 from the Taipei Department of Health, but people only became aware of the leak in 2016. This security issue reduced confidence in HIV testing and privacy among the LGBTQ community there. Taiwan also once had stricter rules for foreigners. Until 2015, non-Taiwanese people were deported from the country when the government found them to be HIV positive. But since then, there has been huge progress in Taiwan, with the policy for deportation being repealed in 2015. 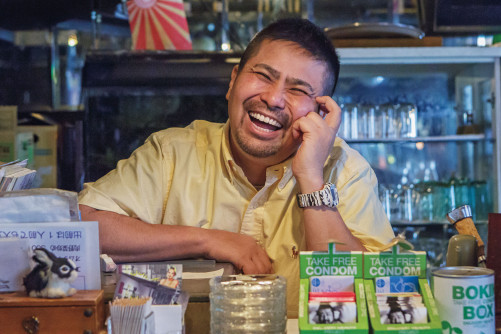 An image from “Shinjuku Story Vol. 2”

In the United States, HIV remains largely associated with men who have sex with men. Is that the case in Tokyo and Taipei?

There are around 1,400 new cases of HIV reported in Japan each year, significantly smaller than the United States [which is about 39,000 a year]. More than half of these new HIV cases in Japan are among gay men, associating HIV with gay sex. [UNAIDS reports that 57% of HIV cases and 39% of AIDS cases resulted from homosexual sex in 2016]. The challenging part is that 30% of HIV infections were found only after progressing to AIDS, indicating a lack of interest in HIV testing, prevention and understanding of early medication to reduce the effects of the virus.

In Taiwan, there was a huge spike of new infections around 2005 to 2006. There were 4,000 new cases, with more than 70% associated with injection drug use. The good news is that new infections are dropping—a report in August 2018 said the rate decreased 26% from the previous year.

Is PrEP, or pre-exposure prophylaxis, available in those cities, and are people aware of the daily prevention pill?

Many Japanese gay men are unaware of PrEP. There is almost no press coverage about the effectiveness of PrEP in Japan. Pharmaceutical companies have no interest in producing PrEP, since the Japanese government health insurance policy does not include prevention. Prevention is covered by each local, municipal government in Japan.

Taiwan is making more progress. They published national policy and guidelines in 2016, and PrEP is available via Taiwan’s CDC [the equivalent of the U.S. Centers for Disease Control and Prevention]. There is even more available under the table. Some Japanese gay tourists even travel to Taipei to buy PrEP.

In general, how accepting is the Japanese culture (and government) of LGBT people? For example, do they face discrimination in housing and work? What about the attitudes toward people living with HIV?

LGBTQ people are accepted at the workplace. Tokyo Rainbow Pride in April brought more than 200,000 participants and significantly larger corporate sponsorships than prior years. Despite the success of this event, true acceptance is still far away in Japanese culture. In a public speech, Japanese parliament member Mio Sugita commented that LGBTQ people can’t reproduce and are therefore unproductive people, destroying traditional family values. She is not alone; at least six other parliament members made similar discriminatory comments against the LGBTQ community in 2018. There are similar stigmas attached to people living with HIV in Japan. Japan needs to go beyond the Rainbow events and corporate floats to protecting rights through legislation. 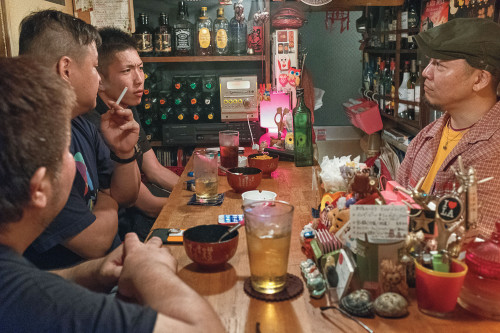 Tell us about your work with Visual AIDS, which is based in New York City.

I was fortunate to have a two-year internship at Visual AIDS during my MFA study at the International Center of Photography/Bard College. Through that internship, I have produced more than 30 videos, documenting artists who are living with HIV and AIDS. My most recent work was Last Address Tribute Walk: Times Square, a walking tour of [historical AIDS-related sites, such as the addresses of artists] making tributes to [author] Reinaldo Arenas and [director and playwright] Reza Abdoh. I also video-recorded Samuel Delany reading from his Times Square Red, Times Square Blue where the Capri [adult film] theater used to be. [You can read more about the Last Address tribute walks here and watch the Delany reading here.]

Finally, how are you celebrating Pride?

I’m celebrating Pride by having a book signing event at the Bureau of General Services Queer Division at The LGBT Center in Greenwich Village at 1 p.m., Saturday, June 29, with queer photo artists Matthew Papa, Michael Craft and Michael McFadden. The event will be moderated by my teacher, Nayland Blake. I also plan to attend the march with Parsons, part of The New School, where I teach the art of photography.