When Bill Clinton established the Presidential Advisory Council on HIV/AIDS (PACHA) in 1995, many AIDS advocates were skeptical: two previous AIDS Commissions had issued hard-hitting reports that gathered dust, and Clinton -- seeking re-election -- was eager to regain gay support after the gays-in-the-military fiasco and foot-dragging on AIDS. Critics noted that many appointees had ties to the Democratic Party or to AIDS organizations dependent on federal financing. But others were hopeful because the mix included longtime community advocates. Council chair R. Scott Hitt, MD, voiced optimism that Clinton’s leadership would reverse “the indifference, avoidance and outright prejudice” of the Reagan/Bush era.

But as the months wore on and the council’s key recommendations were ignored or rejected, some members grew restless, while activists turned up the heat. Complaint No. 1 was Clinton’s refusal to direct Health and Human Services Secretary Donna Shalala to lift the ban on needle-exchange funding -- despite abundant scientific evidence and expert opinion that this could save lives. Frustration boiled over at the April 1997 meeting when Chicago attorney Robert Fogel raised the option of resignation. Council members “make reasonable recommendations supported by science,” Fogel said. “If we are ignored, then what’s the point?” Others agreed, arguing that so bold a step might be the only way to embarrass the administration into doing the right thing. But as 1997 ended, the fire faded. Resignation went unmentioned at the December meeting. Why?

In January, POZ sent a survey to each council member seeking their views on whether inaction on top priorities might ever justify quitting. Only 11 of the 33 members responded, despite followup calls (four declined for various reasons). Most answered yes to the question of whether “it is ever appropriate for Presidential advisers to resign in protest.” But none would name a specific issue or deadline -- such as April 1, when Shalala regains her authority to fund needle exchange -- after which they would walk out. The following comments are drawn from survey responses and interviews.

R. Scott Hitt, Council Chair; AIDS doc; AIDS Project Los Angeles board member.
“As long as dialogue [with the administration] continues and progress is made ..., I believe this council is being effective. As with any advisors, because of competing interests you don’t always get all you ask for. Our job is to keep the case in front of the administration in the most articulate and effective way.”

Bob Hattoy, White House liaison to the Interior Department; Longtime Clinton supporter; One of two PWAs who addressed the 1992 Democratic National Convention.
“I want to quit taking my medications. Quit having safe sex. Quit this council. But all these things would be reckless and irresponsible. Quitting is a 10-minute orgasm, but continuing to engage the administration in doing what is right for PWAs is the course I’ve decided to take.”

Robert Fogel, major Democratic Party fundraiser; Chicago trial lawyer; Known on council as "the straight white guy."
“I don’t want to lead a resignation march if we are going to undo something that hundreds have fought to be created. Many nongovernmental organizations are afraid that if we resign, we won’t be replaced, and inside influence for critical issues would disappear.”

JUNE 1996: PACHA’s “Progress Report” commends Clinton for increased funding and openness to dialogue but finds him lacking in “politically charged aspects of prevention and discrimination where greater courage and leadership are required,” particularly needle exchange.

DECEMBER 1996: PACHA votes 26 to 1, with Bob Hattoy abstaining, to “commend” the president “for demonstrating leadership” in developing “The National AIDS Strategy,” a rehash of existing programs. Hattoy says: “The press is going to rip our faces off on everything from needle exchange to medical marijuana, to the welfare bill, prison populations. None of that is in there. This is unacceptable.” Many members say they have to support the president in public to maintain access to “give him hell” in private.

JULY 1997: Fogel’s motion for mass resignation sparks heated discussion before he withdraws it. The consensus is to wait through the summer to give the administration time to act.

DECEMBER 1997: “Second Progress Report” -- toned down after an early draft brought howls of complaint from Clintonistas -- declares, “Progress in the federal response to AIDS has stalled in recent months, contributing to a sense of diminished priority for AIDS issues during the president’s second term.” It singles out lack of leadership on ADAP funding, Medicaid expansion and needle-exchange programs. Letter to Clinton sets deadline of January 27, 1998 (date Congress returns to session) for Shalala to certify funding for needle exchange. 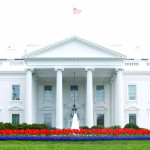