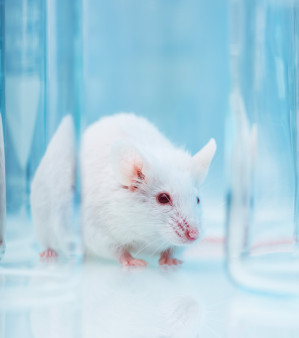 Researchers have eliminated HIV from the cells and organs of “humanized” mice (animals with transplants of human immune cells) that were infected with the virus. The scientists achieved this feat by first putting seven mice on slow-release combination antiretroviral (ARV) treatment to suppress the virus to ultralow levels. Two months later, the mice were given a single injection of a CRISPR-Cas9 gene-editing therapy designed to snip HIV’s genetic material from latently infected immune cells. Because such cells are not replicating, they remain under the radar of standard ARV treatment and frustrate attempts to cure the virus. Five weeks after the injection, the mice were taken off ARVs. Two of them proved virus-free. Researchers have a long road ahead before they can test this method in humans. Additionally, if approved one day, the regimen may not be practical for widespread use.