This finding raises concerns that staying off antiretrovirals may raise the risk of more serious cardiovascular problems.

Starting antiretroviral (ARV) treatment for HIV is associated with a reduction in endothelial dysfunction, a driver of more serious cardiovascular disease (CVD). Given this new finding, researchers are concerned that delaying HIV treatment initiation may raise the risk of CVD.

A research team led by Kelvin N. V. Bush, MD, of the division of cardiology at San Antonio Military Medical Center, sought to analyze endothelial dysfunction’s association with HIV and ARV treatment. Publishing their findings in JAMA Network Open, they conducted a cohort study of 61 members of the U.S. Air Force who were diagnosed with HIV between September 2015 and September 2017.

At the study’s outset, the participants were evaluated for endothelial dysfunction using a test that expresses results in what’s known as natural log-transformed RHI values (lnRHI). A value of less than 0.51 is considered an abnormal level and a value of at least 0.51 is considered normal.

The average lnRHI when the participants were diagnosed was 0.70—in the normal range. At the study’s outset, 77% of the participants had a normal baseline lnRHI result, while 23% had an abnormal result.

At the study’s outset, every 10 years of increased age was associated with about double the odds of having an abnormal lnRHI level, but this finding was not statistically significant, meaning it may have been driven by chance.

Of the 41 participants who had follow-up lnRHI assessments, 40 started ARVs immediately after joining the study. The group had repeated assessments in intervals of a median of 6.4 months.

The one person who did not go on HIV treatment went from having a normal lnRHI level of 0.60 to an abnormal level of 0.11 after 8.3 months.

“In our study,” they continued, “none of the patients received specific interventions beyond education and counseling. The patients in our study did not have significant changes in their body mass index, and no exercise prescriptions were ordered to suggest that changes in physical activity influenced the interval lnRHI changes. This leads us to conclude that ART initiation was significantly associated with the reversal of endothelial dysfunction observed after approximately six months of therapy.” 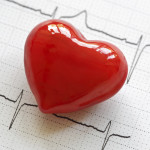