Eric Sawyer, a founding member of activist group ACT UP New York and the civil society partnerships advisor with UNAIDS, carried the Olympic flame in Calgary, Canada, on January 20 as part of the 2010 Olympic Torch Relay. The Winter Olympic Games will be held February 12 to 28.

“I am a long-term survivor of HIV and have been fortunate to have been able to buy almost 30 years of life after becoming symptomatic with HIV in 1981, because I have had access to the latest medical treatment and care,” Sawyer said. “The fact I am still able to run a segment of the relay is a clear example of the need to provide everyone living with HIV with the information, treatment, care and support.”

For the Vancouver games, UNAIDS will distribute HIV education, prevention and awareness packages to volunteers, workers and athletes. The packages will also contain male and female condoms.

To read about John Caldera, the first openly HIV-positive person to carry the Olympic torch through the streets of San Francisco, click here. 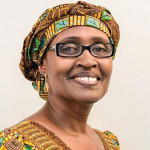 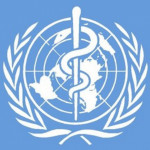