For the first time, researchers have broken down HIV prevalence figures among men who have sex with men (MSM) by city and state, highlighting a disproportionate burden in the South. Publishing their report in JMIR Public Health and Surveillance, researchers culled information form AIDSVu.org and the Centers for Disease Control and Prevention (CDC) and considered the number of MSM living with the virus in 2012, those who were diagnosed by that year and those who were newly diagnosed in 2013. They broke down these figures by U.S. states, by so-called metropolitan statistical areas (MSAs) and by counties.

According to the new study authors’ calculations, out of an estimated 4.45 million MSM in the United States, 666,900, or 15 percent, are estimated to be HIV positive. In 2013, an estimated 0.7 percent of the MSM population was diagnosed with the virus.

Outside of the New York City and Los Angeles­ areas, Dayton, Ohio (807 MSM, or 13.84 percent), and Fresno, California (998, or 13.79 percent), were the only other non-Southern MSAs on the list of those with the 25 highest diagnosed-HIV rates among MSM.

As for states (which includes the District of Columbia), Georgia’s figures are especially troubling. It is the only state in the nation to have a greater than 15 percent rate of diagnosed HIV among MSM as well as more than 15,000 cases (24,101, or 18.51 percent). 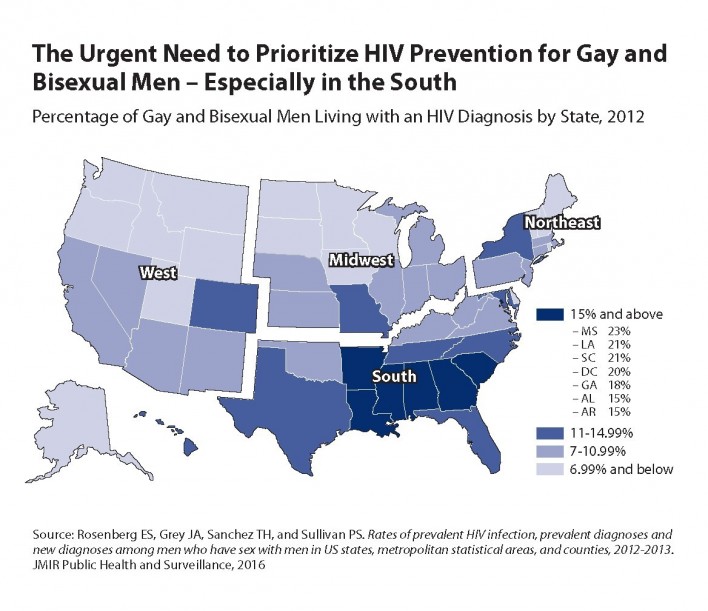 “These refined results are an additional tool for regional and local public health action and provide further evidence for the need to prioritize HIV prevention efforts for MSM and particularly for MSM living in the South,” the study’s head, Eli Rosenberg, PhD, assistant professor of epidemiology at Emory University’s Rollins School of Public Health, said in a press release.

“By pinpointing where HIV strikes the hardest, we have a key piece of the puzzle highlighting the largest disparities within states and the South,” Jonathan Mermin, MD, MPH, director of the CDC’s National Center for HIV/AIDS, Viral Hepatitis, STD, and TB Prevention, said in the same release. “We hope these data empower local public health officials, community-based organizations and everyone fighting HIV to bring resources to the gay and bisexual men who need them the most.” 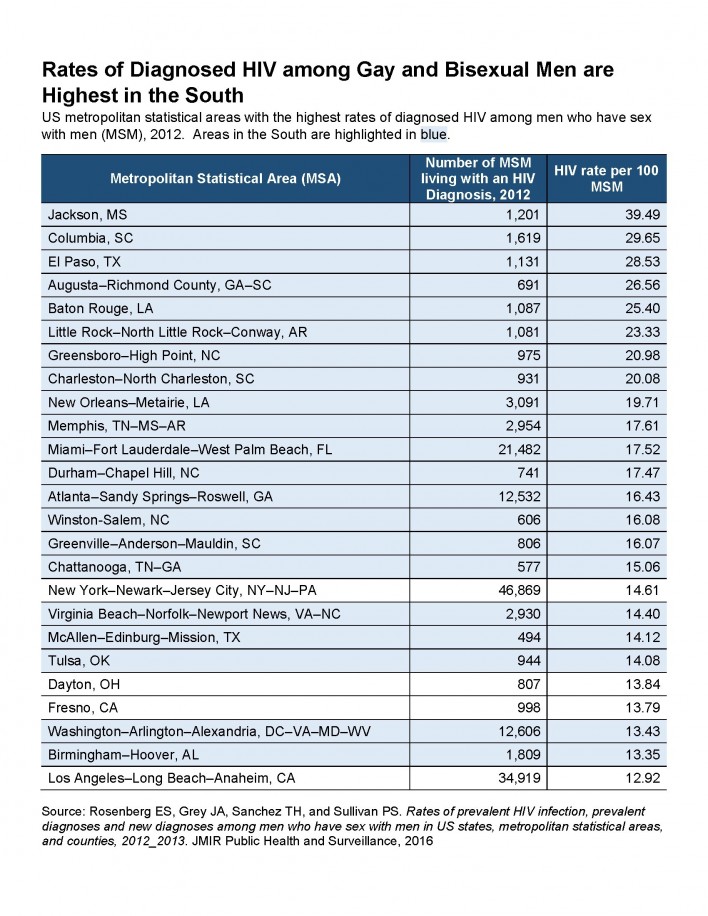