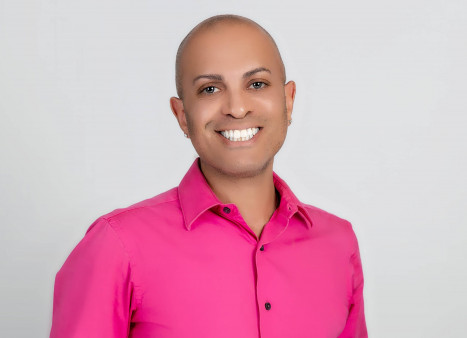 Rene Cotto-Lewis wishes PrEP had been around in 2003.

Every day in 2003, an estimated 14,000 people were newly infected with HIV, according to the World Health Organization. I was one of them. March 3, 2003 is  the day I was diagnosed with HIV by my doctor. My immediate reaction was that I would use this experience to help prevent others from being diagnosed with the virus. I know that many people say, well, HIV is not what it was in 2003, and today, we have medications that work better. That’s true, but if I had the opportunity in 2003 to take a pill that would have reduced the chances of me being positive, I would be all over it.

That pill exists today, and it’s called PrEP, which is short for pre-exposure prophylaxis. PrEP effectively reduces HIV risk between 96% and greater than 99% for people who take it every day. In 2018, Orlando and the surrounding area were number three in the country for new HIV infections and became number two in the country in 2019. We can do something about this by helping people get on PrEP to prevent HIV and to use condoms to prevent other STDs [sexually transmitted diseases]. Taking a daily pill to prevent HIV outweighs feeling frustrated, scared, unsure or anxious every time you have a hookup with someone. Hookups are a reality if you’re not in a committed, monogamous relationship, and sometimes even then. Tell the truth; keep it real.

PrEP is widely available, and you can get help to get on PrEP regardless of insurance. PrEP is available for everyone and anyone who is sexually active and HIV negative.

Ask yourself, “Am I willing?” The question demands an answer. Control your destiny, or your destiny will control you. Life will not stop for your procrastination. Start PrEP today, take action and start a new, healthy sexual habit.

The decision I made on February 27, 2011, to go from being homeless and addicted to drugs and alcohol to a life of recovery and a full expression of my authentic potential for the good of all.

That my mother did not witness my transformation and success.

Not much. I believe in doing my best each day, so when I go to sleep, I don’t worry about myself personally; instead, I focus on how I can express gratitude for the day and impact others.

It might sound weird, but living with HIV changed my life for the better. If I’d change anything, maybe it would be advocating for my health more aggressively with doctors.

You have the potential to transform the world, but you have to believe in yourself. My mother told me this right before she passed away.

Phill Wilson, the previous director of the Black AIDS Institute. With grace, passion and commitment, he has empowered a generation of advocates to educate those of us most affected and infected by HIV.

Inspiring, leading and transforming life experiences. I know others can also achieve potential through authentic sharing of our collective struggles and achievements.

“All people I interact with will either be elevated as a result of our interaction, or they will be left where they are, but no one will be diminished as a result of their association with me.”

My mother’s urn/ashes, my husband, Fred, and my beautiful dog, Dharma. She is an American hairless terrier.

A deer. It’s a symbol of spiritual authority and sacredness. Life is sacred, and when we align to inner truth, beauty and authenticity, power is revealed to transmute, transform and transcend the human experience.