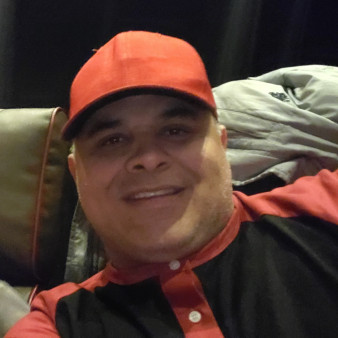 HIV made Giovanni Guzman more aware of how short and fragile life can be.

From 1981 to 1996, I saw how AIDS ravaged our communities and lives. I watched my brother wither away and saw my sister, who I only met once, pass away from AIDS complications. Six years later, it was my turn. On October 28, 2002, I tested positive for HIV. Was I scared? No. Was I worried? No. I was more hurt about how I got it than the fact that I had it. Not only did I have HIV, but I was also an alcoholic raising my 10-month daughter alone because her mother decided to leave for another man. But I didn’t let that bother me. My concern was for my daughter.

I come from a Puerto Rican family that rejects what they don’t understand. Thank God my mother was a nurse, and she knew about HIV/AIDS. That took pressure off me. I never saw myself as a patient or a number. My past experience with my brother—taking care of him and making sure he took his meds—prepared me for my own self-care. I decided not to take meds in 2002. In 2010, my CD4 dropped to 101 so I decided to start the meds. In the eight years before I started taking them, I never got sick or had symptoms.

Back in 1994, I became a father to a beautiful girl. In 1996, her mother was murdered in Florida, and, without my consent, her grandfather put my daughter in foster care after his wife and other daughter passed away. I was unaware of this because I was doing a one-year sentence in Rikers Island. When I became HIV positive, I vowed to fight and live long enough to see my oldest daughter again. In 2012, we met for the first time in 16 years. So there…I beat HIV.

Raising my other daughter alone wasn’t easy. My mother helped, but it was still hard. I always want to advocate for my fellow HIV-positive brothers and sisters, but at that time, I couldn’t because my daughter was in private school, and I didn’t want her school to judge her for having an HIV-positive father. I told my daughter about my HIV when she was 8.

I know the stigma that comes along with having HIV. People can be cruel. And ignorance can be deadly in Puerto Rico. I was also fighting my own demon, which was alcohol. I drank daily. From sunrise to sunset. My alcohol finally got ahold of me. I had two seizures. I was hearing voices.

In 2013, I decided to stop, and I did. I’ve been sober ever since. I always disclosed my HIV status on dates in case it might turn into something serious. Even if the date was just sex, I disclosed. I have a moral obligation to disclose. Very few people know I have HIV.

HIV has made me more aware of how short and fragile life can be. I come from a family whose father was an abusive alcoholic and a mother who loved me in her own way but used to beat me for no reason. My childhood was rough. I was raised in the South Bronx, where the streets were mean. At that time, if you had HIV/AIDS, you were left out and talked about because people feared that you might infect someone. The streets made me strong enough mentally so that when I did confront my own status, I knew how to handle it. And I have done so graciously. My journey was hard. In a way, I’m OK with HIV. It has made me more appreciative of life, God and time. I never saw HIV as a death sentence, so I was never afraid. But I do respect it. And I hope that one day, I can speak to others to let them know not to be afraid, that they are not alone.

Fight against stigma, fight for awareness, fight for housing and fight for safe sex if you’re choosing that route. We can’t stop living just because we have HIV.

Live for today. Tomorrow isn’t promised. Do good to others and always be yourself.

I admire the survivors of the ’80s and ’90s who spoke out. It’s not easy having HIV and going home to tell family that you have it.

God, my wife and kids.

“Do the best that you can and have no regrets.”

An elephant. Not only are they smart, but they also have feelings and are very close to one another.