An 85 percent concentration of TCA was applied to the lesions with a cotton swab. Researchers treated participants’ lesions with TCA four times, with intervals of about one to two months between treatments. TCA therapy was considered a success if it cleared all of the AIN lesions by the fourth treatment.

TCA was somewhat less effective in HIV-positive MSM, with 34 percent completely clearing the lesions, compared with 47 percent of HIV-negative MSM. Men 48 years old and younger were also more likely than men 49 and older to completely clear the lesions.

Unfortunately, recurrence of the lesions—which is common regardless of the treatment used—occurred in up to 75 percent of those who’d had complete resolution of their lesions within six months of finishing treatment.

TCA was safe and well tolerated, with only 5 percent of the participants complaining of mild discomfort or a flare of psoriasis. 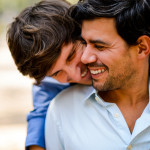