Antidepressant medication treatment greatly improves the ability of HIV-positive people with depression to achieve and maintain undetectable viral loads, according to a study reported by Alexander Tsai, MD, of the Langley Porter Psychiatric Institute in San Francisco on Tuesday, February 10, at the 16th Conference on Retroviruses and Opportunistic Infections (CROI). Tsai and his group attribute this benefit to improved adherence to prescribed antiretroviral (ARV) therapy.

While much has been written about the importance of depression treatment among people living with HIV, little is known about the effects of antidepressant medication therapy on important HIV treatment outcomes, such as increased rates of undetectable viral loads.

To explore the impact of antidepressants on HIV treatment, Tsai and his colleagues reviewed the records of 418 HIV-positive homeless and marginally housed (e.g., shelters) adults living in San Francisco who had been started on ARV therapy as a component of care, some of whom were also receiving antidepressant treatment. In addition to receiving viral load testing, cohort participants were asked to report their adherence over a seven-day period. Researchers also conducted unannounced pill counts to validate volunteers’ self reports.

According to a basic comparison between the two study groups, viral loads among those treated with antidepressants and ARVs were, on average, 0.56 log/copies lower than those treated with ARVs alone. When the data were adjusted using a method called inverse probability of treatment weighted (IPTW), which helps to account for unknown differences between individuals who received antidepressants and those who did not, those on both treatments had viral loads that were 0.86 log/copies lower than those on ARVs alone. These differences were statistically significant, meaning that they didn’t occur by chance.

These findings echo the positive findings from a Centers for Disease Control (CDC) Adult and Adolescent Spectrum of Disease and Supplement to HIV/AIDS Surveillance study. In one particular evaluation reported in 2005, antidepressants significantly improved adherence rates among HIV-positive people with depression. 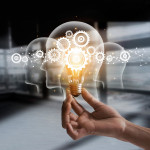